Neck strain is very common in many Pilates exercises. In this tutorial, Rebekah Rostein shows us how we can minimize neck strain to get the most out of each exercise. She demonstrates the most appropriate way to perform exercises with a Cervical Nod, and then she shows how you can build into traditional Pilates exercises later on.
What You'll Need: Mat, Overball

Go to this Program Playlist
Rebekah Rotstein offers a healthy way to perform back extension without overworking or straining your lower back. Sep 21, 2014 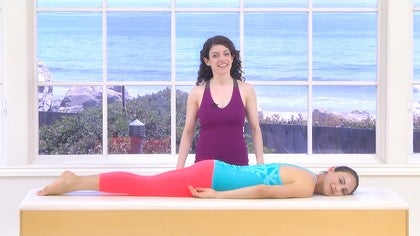 Back Extension
Rebekah Rotstein
Tutorial
5 min
Kane School
#1833
This Video
In this tutorial, Rebekah Rostein shows us how we can minimize neck strain to get the most out of each exercise. Sep 28, 2014 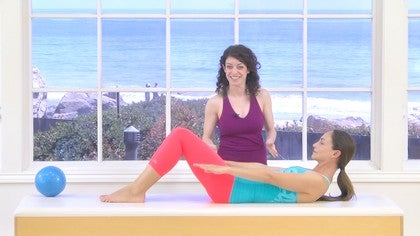 Cervical Nod
Rebekah Rotstein
Tutorial
5 min
Kane School
#1834
Watch Next
Learn how to get your shoulders ready for a Pilates workout in this thorough tutorial with Sharon Gallagher-Rivera. Oct 17, 2014 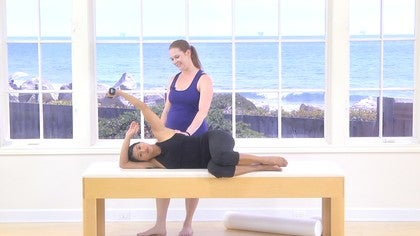 Chiara L
1 person likes this.
How useful, I've been doing this wrong all along but no more!

Kathleen S
3 people like this.
Fundamentals of Pilates explained precisely. Good to see you online again. Thank you, Rebekah.

Mary L
Very helpful to have this explained piece by piece. Thank you!

Gina M
1 person likes this.
Thank you. So clear and helpful

Stacey S
What a precise description! This was a wonderful refresher for me.

Brenda B
Perfect! Thank you.

Jo P
I absolutely LOVE Rebekah's clear instructions to her client and to me as a viewer. I avoid lifting of the head for many of my clients as they already come with existing neck tension! I'm aiming towards teaching this safely, once neck flexors aren't over-dominant.

Penny H
I love Rebekah's precise way of describing the how to's of every movement.

Jitka R
I appreciate the clarity of the instruction ! Thank you !
Top Skip to Latest
Showing 1-10 of 16