In 1959, at 29, Mary Bowen began to learn the Pilates Method. She was in New York City as an actress, comedienne, and musical comedy performer with a recurring back problem. She saw an article in a newspaper with a man standing with his bare barrel of a chest, bare legs, swimming trunks and a white mane of hair. Joe was an intriguing sight – a human lion! In the short article he said “I base my method on the baby and the cat!” She had never had a baby or a cat, but she took it upon herself to find Joseph Pilates! That was the beginning of a life “root.”

Mary's back improved after only two lessons with Joe. Since walking into Joe and Clara’s studio fifty years ago, she has taken one to two lessons every week for all those years. Her New York City Pilates teachers have been: 6 and a half years twice a week with Joe, Clara and Hanna, 7 years with Bob Seed, 7 years at Romana Krysanowska’s, 7 years with Kathy Grant, 7 years with Bruce King and Jean Claude West concurrently, and since 1995 with Christine Wright.

The time and expense of lessons over the years has insured the deepening of her Pilates work. She recommends that all Pilates teachers should find someone excellent to watch over and guide their own Pilates practice. This can be pivotal to the development of oneself and one’s teaching.
What You'll Need: No props needed 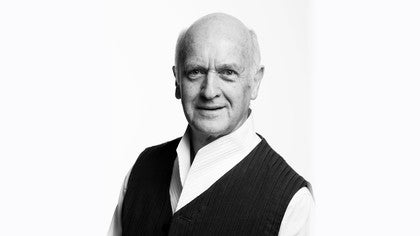 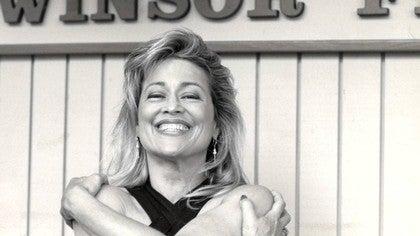 Diane W
2 people like this.
I had the opportunity to spend a weekend with Mary at her house in Massachusetts. Watching these videos brings back fond memories of my time with her. I came away from my pilates and the psyche experience with a fuller understanding of myself and how I can understand and relate to my clients. She helped me to feel confident that I was doing things right. What a privilege to have had two days with her and her amazing spirit. She has inspired me to do this work forever, and keep Joesph's dream going. Thank you Mary, I wish peace and happiness everyday.

Lynn P
2 people like this.
So wonderful to get such complete thoughts about all the lineages that related to Joe, the truths about the people in his life. Here is a woman who did pilates with so many for so long. Truly a remarkable source and woman for going beyond the physical body her entire life.

Heikki L
3 people like this.
Thank you! Beautiful documentary! Super important to get all the sides of the pilates story!

Kirsty H
4 people like this.
There's something about Mary....for sure :)

Lita O
3 people like this.
Lovely and so rich! Thank you, Mary for all your sharing!!

Ann S
3 people like this.
I've spent a wonderful Sunday afternoon listening to you share some of your life with me. What a special treat. Thank you so very much Mary and thank you Kristi for the great interview.

Mary Bowen
12 people like this.
It's wonderful for me read your comments on my interview with Kristi. I only wish I could hear each of your stories about Pilates and how life is unfolding for each one of you. When and if you can, come to MA for a weekend, two full days of Pilates Plus Psyche 1-1 mentoring together. How marvelous that would be!!

Kristi Cooper
2 people like this.
Thank you so much Mary!

Theresa F
3 people like this.
Mary your story is so inspiring. I was mesmerized watching this documentary. Thank you for sharing and being a big part of the Pilates world. You really brought Joes spirit out.
Kudos to Kristi for a great interview!

Haille H
4 people like this.
Thank you Mary, for be so generous to share your stories and inspiration with all of us, we are so lucky to receive such a treasure! This video inspires me in so many ways, both as a young teacher beginning my journey and simply as a human being finding my way in life. And thank you so much Kristi, for bringing this to us and making all of it possible! The gifts you continue to bring all of us are truly invaluable.
Top Skip to Latest
Showing 1-10 of 25