Glaucia Rocha discusses the methods that her mentor, Lolita San Miguel, uses when she teaches Pilates. She talks about Lolita's foot assessment and how she makes sure the feet are grounded before you start moving. She also tells us how much Lolita cares about movement and how she believes Lolita's legacy is keeping Joseph's work alive.
What You'll Need: No props needed

Go to this Program Playlist
This Video
Glaucia Rocha discusses the methods that her mentor, Lolita San Miguel, uses when she teaches Pilates. Oct 09, 2014 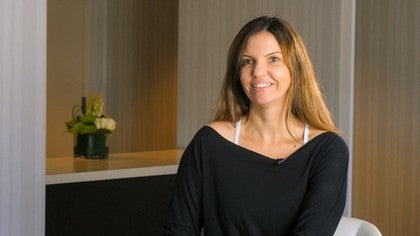 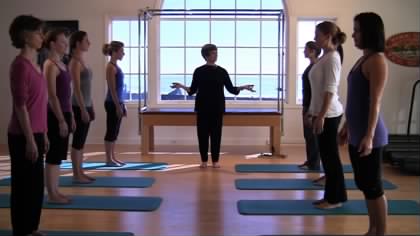 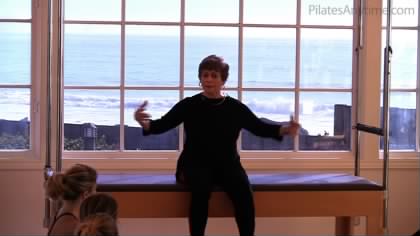 Viviane B
Great ! Love it!

Glaucia Adriana R
1 person likes this.
Kristi It's really me that should be thanking you my friend!!!! I was so afraid of talking too much (as I usually do) that I ended up forgetting to say tons of things! LOL but I loved the result, I loved being there behind the scenes with all, and above all, it is an absolutely honor to talk about Lolita!!!!! I will never forget this moment!!! Thanks a lot a thousand times!

Glaucia Adriana R
James the funny thing is that I ended up forgetting to say a lot, but it was a great experience to be there talking about her!!! Thanks a lot dear!!!

Daisy Raquel I
Beautifull!!!! I love your video! Totally agree with you! Lolita is amazing!!

Daisy Raquel I
Beautifull!!! Totally agree with you!! Lolita is amazing!!