Joan Breibart is described as a renegade and an early adopter of the Pilates method. Her efforts and influence have been involved in key events shaping Pilates history and are frequently surrounded by controversy. In this discussion, we find out how Joan became involved in the Pilates industry and how she helped put Pilates on the map without being a Pilates instructor. She shares what inspired her to start the Institute for the Pilates Method with Eve Gentry and Michele Larsson, and what happened to them during the Trademark Lawsuit. She also tells us her opinion on the Pilates industry today and how she thinks we can continue to grow.
What You'll Need: No props needed

The Life of Eve
Eve Gentry as shared by her protégé Michele Larsson.

Ken Endelman
Ken Endelman discusses how he became the lead defendant in the Pilates Trademark Dispute.

Go to this Program Playlist
This Video
In this discussion, we find out how Joan Breibart became involved in the Pilates industry and how she helped put Pilates on the map. Jul 20, 2016 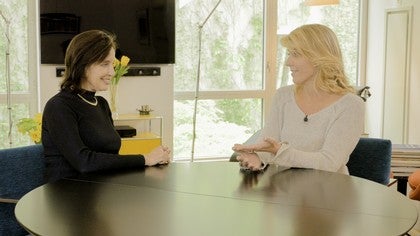 Joan Breibart
Joan Breibart
Discussion
115 min
Non Pilates
#2700
Watch Next
Jean-Claude West takes us through his life and how he got his love of movement. Jun 26, 2015 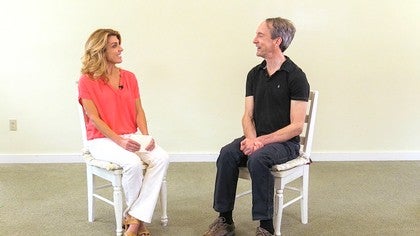 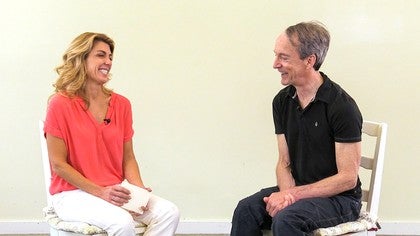 Jeanne L
3 people like this.
WOW!!!Very entertaining!!
Kristi you are an amazing interviewer!

Lynn P
2 people like this.
Thank you so much Joan and Kristi!! So informative and interesting. I would however like to hear what Joan thinks about the explosion of yoga and how it is obscuring Pilates in many cities across the country.

Kristi Cooper
4 people like this.
Thank you Jeanne! Joan is indeed very good at recounting her events for us too. It won't surprise you to know that Joan and I talked for 2 and half hours and I still have SO much more I could ask her (and hopefully will)!

Michelle H
2 people like this.
Loved hearing Joan go over the birth of the Physicalmind Institute. What a blast from the past, seeing the old newsletters and discussion on Eve. Thanks for having this interview on Pilates Anytime.

Erin M
2 people like this.
Finally!! I've been waiting for you to interview Joan since the beginning. She's an integral part of Pilates history and one of the most interesting and irreverent personalities around. Thank you Kristi and Joan!!

Alison Lloyd
3 people like this.
I began listening to this interview intending to watch it over several days but I couldn't stop. Watched the whole 115 minutes. Such an inspirational woman. I deeply appreciate her sharing her invaluable stories and experiences on the evolution of Pilates as we know it today

Aliza N
5 people like this.
Fantastic interview! Thank you Joan for your whip-smart, no-holds-barred assessment of Pilates as an industry and thank you Kristi for eliciting such invaluable reflections of where we've been and where we're going. Kristi's reverence for the past and Joan's prescient grasp on the future are a formidable combination! I'll be staying tuned to both!

Stefanie O
4 people like this.
As a 12 year PMI instructor, thank you Kristi and thank you Joan. Personally, this answered many questions and put things back into perspective. There is no need to question ourselves. Believe in our training and our abilities. It's OK to think outside of the box as long as we are teaching good, fundamental pilates.

Gaynor H
2 people like this.
Very entertaining! Great that Joan has kept letters and articles.

Heikki L
2 people like this.
Pilates makes such a beautiful story and it´s put together piece by piece (or should we say bone by bone or vertebra by vertebra).Thank you for making thes interviews, please keep them coming!