We sat Madeline down for this interview with the goal of tracing her journey as a professional dancer and Pilates instructor to the remarkable work she does as a teacher trainer and as an IMT (Integrated Manual Therapy) specialist. Madeline is a Master Teacher with a remarkable history that includes working with Romana Kryzanowska, Kathy Grant, Nadja Corey, Jean Claude West, Eve Gentry, Marika Molnar, Irene Dowd, and countless other notables in the dance and body work industry. She is rich with information and fabulous at weaving the story which is her life in the Pilates world. We asked Madeline just one or two questions, and she gifted us with this wonderful historical interview. Thank you Madeline!
What You'll Need: No props needed

Go to this Program Playlist
This Video
We sat Madeline down for this interview with the goal of tracing her journey as a professi... Mar 09, 2011 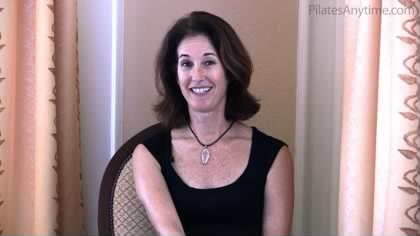 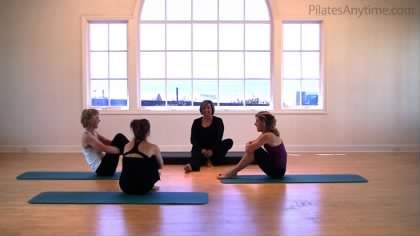 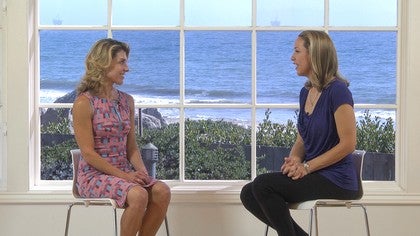 Kristi Cooper
This was such a special day (filming the interview) for me Madeline. Thank you!

Kathy L
That was awesome! Thank you for sharing and taking the time to give us all your knowledge and history with the Pilates Elders and Amazing Teachers of Movement. I'm truly inspired to continue my education with Pilates and other Body Mechanic Modalities. I will definitely look you up! I love your spirit and would love to learn from you. Thank you for continuing to give back to us teachers who desire all education we can get.
Cheers.

Pamela L
I so appreciate the time that Madeline and PA took to share her history and lineage in this interview. It was a pleasure to get to know her and understand the connections throughout our wonderful Pilates community. Madeline, thank you for bringing your knowledge and enthusiasm to us!

Giana S
wow, that was amazing. I really inspires me to keep striving for knowledge...

Amanda F
Fantastic :) Oh why dont we have you coming to the UK??? Thankyou for sharing your story, I get so sad that these days in the UK we actually have 2 day courses to teach Pilates at level 3! I have now been studying the practice for 14 years and still strive to learn.

Charisse N
Thank you for all the great references and information. Looking forward to one of your workshops!

Gloria Q
you spoke of the other physical therapist Gary who worked with major athletes at the east side sports med center...was this by chance Gary Guerriero of US athletic training center owned with Mary Leonard? just curious:)

Madeline Black
Hi Gloria,
Yes it was Gary Guerriero and Mary. It worked under Gary and with Mary!
Top Skip to Latest
Showing 1-10 of 13