Learn how the psoas helps you flex at your hip with this quick tutorial by Lesley Powell. She demonstrates how you can get deep into the psoas to help keep the hips level, especially in common movements like walking. She also explains why we tend to compensate rather than use the psoas when it's needed.
What You'll Need: Bolster

Go to this Program Playlist
This Video
Psoas, Anatomy, Gait, Alignment May 01, 2020 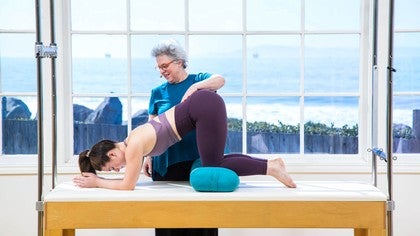 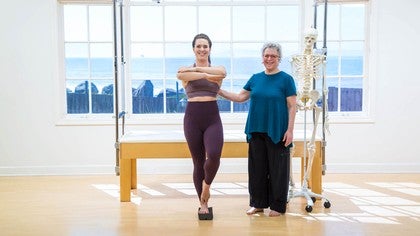 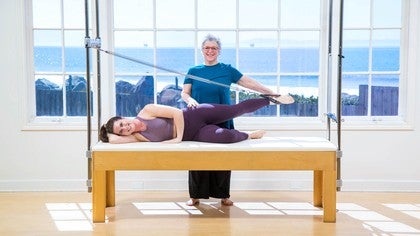 Lyndie Butler-Bruce
Easy to understand Lesley,  and very helpful. Im learning a lot from your anatomy videos, many thanks.

Erin Elizabeth
Love this! Thank you for the focus on the pelvis and psoas, looking forward to the upcoming videos.

Pam
So clearly taught. I love the demonstrations of "bad version you include in your tutorials. We then know what to watch for AND what to watch out for!

Cheng
Thank you so, so much.  I think many of us have heard so often that a truly neutral spine and pelvis is the gateway to freedom of movement and supported range, but the search for it is much more complex than just the simple principle.  So grateful for the generosity of true experts on this site.  There can never be too many perspectives shared or too much discussion on this topic imo.
Skip to Latest