Learn how you can improve your technique with the Knees Stretch Series with this quick tutorial by Diane Diefenderfer. She breaks down the three different versions, sharing common mistakes that can occur. Her advice and guidance will help turn this challenging exercise into one of your favorites!
What You'll Need: Reformer (No Box) 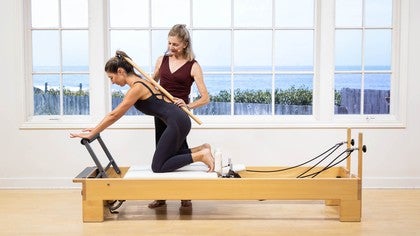 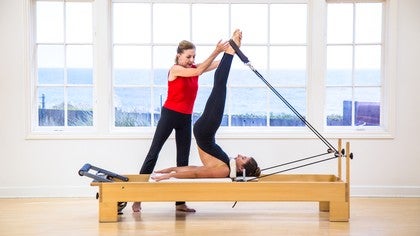 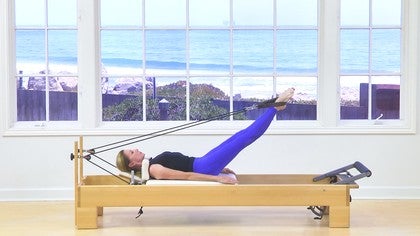 Lori
Thank you for this series.  I’m a student, not an instructor and I very much enjoy and learn from these tutorials.

Julie Harrington
Outstanding, clear instructions and identification of potential problems in form and position are helpful.

Ufuk Ceyhun G
Thanks for tutorial. What color spring should be on ?

Diane Diefenderfer
Knee stetch is usually done on  2 springs - we are using 2 red.

Edgar A
I appreciate that you included a demonstration of what could go wrong during the exercises and how you can fix them. I also appreciate the imagery!

Christine H
That was THE best ever teaching on knee stretch series!

Margaret B
Diane you mentioned you only do the last (of the 3) exercise bc of a knee replacement & you don’t kneel. So, does that mean you no longer do any of the exercises that require kneeling? Wondering bc I need a knee replacement. Your instructions were crystal clear & made such a difference.

Noelle Iturbe
Can't agree more, this one is hardest to cue and goes wrong often.
Love the tactile examples.
Top Skip to Latest