Pump Up Your Confidence

Join Erika Quest and Gia Calhoun as they discuss how you can build skills that will help you improve your confidence as a teacher. They will talk about the best practices for reading the room so you can reach every client in your classes. You will learn tools that you can use at any stage in your career, whether you are a new or veteran teacher.
What You'll Need: No props needed

Go to this Program Playlist
This Video
Join Erika Quest and Gia Calhoun as they discuss how you can build skills that will help you improve your confidence as a teacher. Jul 29, 2022 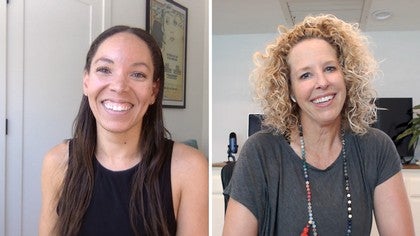 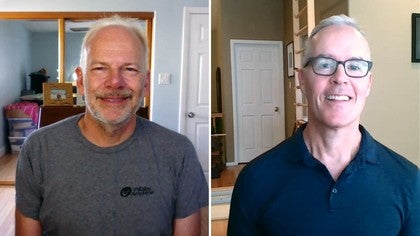 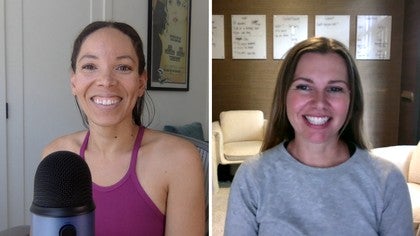 How to Price Your Classes
Gia C. & Brooke B.
Discussion
40 min
Non Pilates
#5149
Go to this Program Playlist

Renae E
2 people like this.
Great advice for true feelings of how we all can be doubting ourselves and move forward confidently! Thank you both! Your sincerity is real💕

Erika Quest
1 person likes this.
Renae E Renae! Thanks so much for watching this session with Gia and I. I really enjoyed it and I'm so glad you did too! Hugs, Erika

lorily
2 people like this.
Thank you Gia and Erika for this great discussion! Great advice to remember to stay in the lane that makes you comfortable, just because groups classes are trending if you're not comfortable doing them then maybe you shouldn't do them.  Being true to yourself will make you a much better instructor for those people you are teaching.

Erika Quest
lorily Thanks for your feedback, Lorily! Really enojoyed my time on the Pilates Report with Gia and no matter how long we've been teaching, we can always use a good reminder and a bit of a "Pump Up!" Hugs, Erika

Tammy C
2 people like this.
Great Questions! Learned so much from all the responses to the questions. So many lightbulb moments for me and reassurance.
Gratitude

Erika Quest
Tammy C Fantastic, Tammy! We are all a work in progress and I'm so happy you enjoyed and watched. Much love, Erika

Jenny K
2 people like this.
Thank you Erika and Gia for this wonderful video.  As a new teacher I spend lots of time planning group classes and get nervous hoping that the class will enjoy it.  I feel relieved when the class is over and they thank me with smiles on their faces.  It's nice to know I'm not the only one that experiences imposter syndrome.

Erika Quest
1 person likes this.
Jenny K I'm so glad, Jenny and thanks for watching! You are definitely not alone in your sentiments and just keep being YOU and your classes will love that. Hugs, Erika
Top Skip to Latest