Melissa Connolly teaches a challenging Tower workout inspired by Julian Littleford. Using clear instruction about the setup of the springs and bars for the Tower, Melissa will take you through Double Leg Spring work, Teasers, Swan, Airplane, Magician, Push-ups, and the Hundred, among other exercises. The burn you will feel from this class is a great way to start the New Year!
What You'll Need: Tower 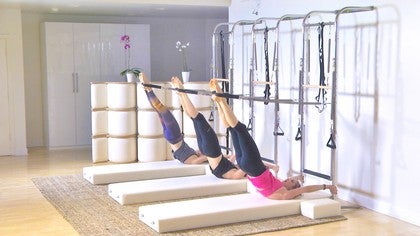 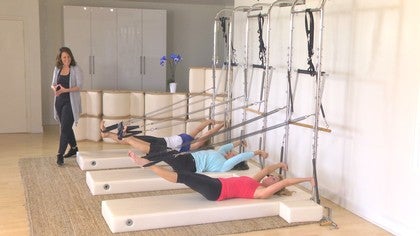 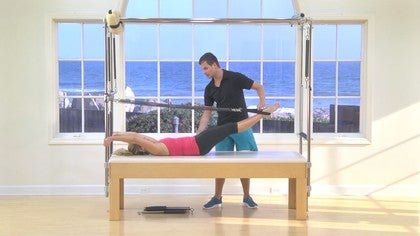 Anne-Marie S
1 person likes this.
That was the best tower class yet! I loved your first tower class as well. So challenging. I'm out of breath. Thank you:)

Pele
2 people like this.
Best tower classes come from Melissa!
I know I can rely on getting a dynamic, seamless, and efficient workout in less than an hour. I like the minimal use of filler words too.

Lori N
Well done! Another great class from you!

Marlisa E
Love this challengIng workout...I keep returning to it to solidify my own work so I can share in my classes. Thanks for being faithful to Julian's precise cueing and providing a great challenge!

catherinedmr
Thank you, Mellssa. I just did this class again... it's still one of my favs. Love the Tower classes Thank you, PA, for keeping them coming.
Top Skip to Latest
Showing 1-10 of 19