Adrianne Crawford teaches an advanced Reformer workout, complete with flowing student transitions between the exercises. Her detailed tactile and verbal cueing takes you through traditional exercises such as Overhead, Horseback, Swan on the Box, Breaststroke, Snake & Twist, Balance Control with dismount, and much more.
What You'll Need: Reformer w/Box

The Teacher's Corner - Playlist 3: Speaking with your Hands 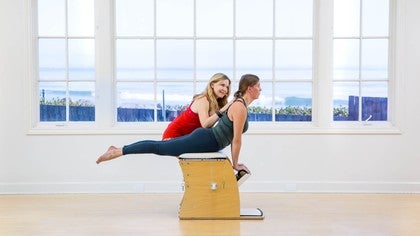 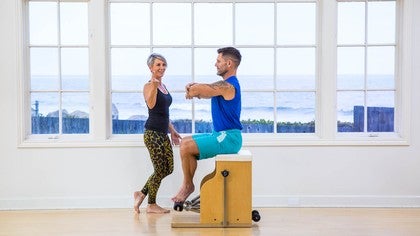 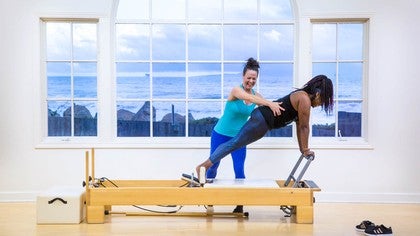 Pandora Pilates
1 person likes this.
Loved the challenge and the cool down was yummy!

Laura L
Great spotting Adrianne. I loved all the assisting! Wish you were here while I didi this workout! :0)

Adrianne Crawford
Thank you Julia glad you loved the challenge and thank you Laura! I don't know where you live, but if your ever on the west coast we would love to see you!