Work on your coordination, control, and strength in this flowing Reformer workout taught by Kristi. She takes you through Stomach Massage, Front and Russian Splits, Kneeling Arm Work, Breaststroke, Balance Control Front, and Snake and Twist, among other exercises.
What You'll Need: Reformer

Go to this Program Playlist
Work on your coordination, control, and strength in this flowing Reformer workout taught by Kristi. Jul 05, 2014 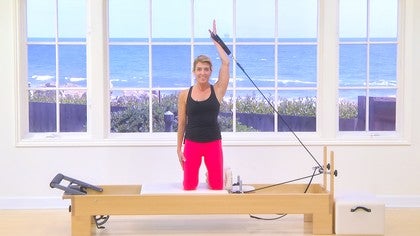 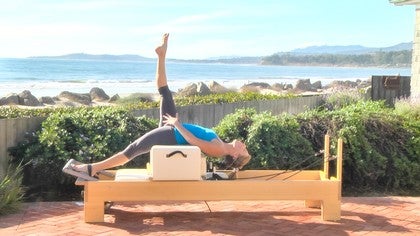 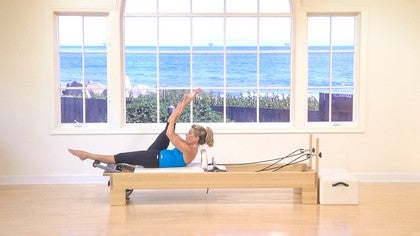 Ashley
1 person likes this.
Kristi-thank you for a great workout! I loved it! Also, very cute top!!! Thank you for a quick workout!

catherinedmr
1 person likes this.
Kristi, what a great idea to just adjust the bar in place of using a yellow spring for arm work. Thank you for another great, high energy workout.

Brenda C
1 person likes this.
Kristy I got a lot of bang for my buck on this one what a great class thank you

Kristi Cooper
Thanks everyone! So glad to hear you're getting what you came for! Leslie... I'm still here! Get on up here as soon as you can!

Julie C
Great - my studio has no wifi - so stops and starts - is downloading workouts and option
Does anyone know ? ??

Maria Wheeler
Julie ~ Downloading videos from Pilates Anytime is not an option at this time.

Z A
1 person likes this.
Perfect will be my goto class:)) thank you Kristi:)))

Julie C
Maria
Thank you - I realised after there was an option to change the quality of vide, which worked perfectly on low res off my phone... so I will be able to train hader and longer! Is there anywhere onsite that talks about the gear bar and stopper settings, im struggling to get it spot on, especially in this workout at the end, my legs on that low spring felt to far away to have control....maybe its my strength!
Top Skip to Latest
Showing 1-10 of 25