It's all about proprioception in this advanced Wunda Chair workout with Cecile Bankston. She focuses on feeling where your body is in space while building on the exercises you already know. She also adds a few balance challenges like Going Up the Front with the Rotating Disc and more!
What You'll Need: Wunda Chair, Rotating Discs, Wunda Chair Handles, Hand Weights

Go to this Program Playlist
This Video
It's all about proprioception in this advanced Wunda Chair workout with Cecile Bankston. Apr 30, 2015 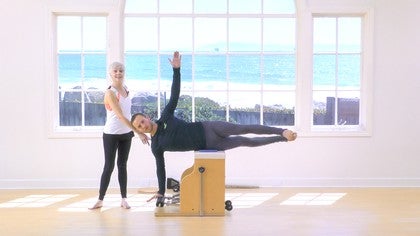 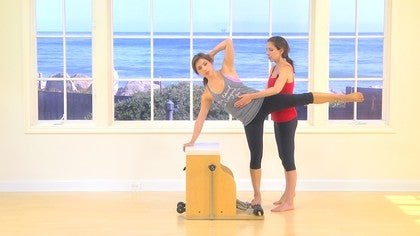 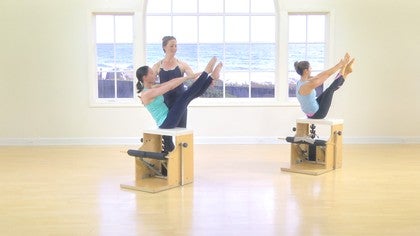 Ann A
4 people like this.
Liked this a lot! Would have liked more mention of the various spring options and choice of spring settings as the exercises switched. Thank you!

Playforever
Very challenging, I loved it!

Filippo F
i've really loved the part with the rotational discs behind the chair, in order not to move in the usual pilates directions, more in a three dimensional, spheric way i'd say.....thanx a lot!

Pele
Liked the rotation discs and pace and variety. But
Ugh! Please tell us the springs. They were only mentioned twice in the whole video. That was a problem in the early days of PA that went away but it returns with some instructors.

Cecile Bankston
Pele and Anne I am sorry about not mentioning the springs more. I definitely will try better next time. That being said, I typically do not give specific springs because they can not only vary from person to person but from machine to machine. So sometimes I try to say things like "lighter is harder" instead of a spring. But I do understand your point thank you.

Denee D
Thank you Cecile. So glad to see one of your classes waiting for me! My students strength and abilities vary quite a bit so the springs really aren't an issue for me. But I'm excited to share these fun and challenging moves. Thanks or being so amazing!

Avishag H
LIKE!!! This was very good, thank you. I've never seen such a strong person like Taylor. Bravo to him!!
Top Skip to Latest
Showing 1-10 of 27