Work your legs and glutes in this standing workout designed for runners by Juan Nieto. He focuses on finding the ability to control movement in the frontal plane in addition to using the hips to initiate movements. He includes many different types of squats that you can practice and he offers modifications that you can use if they are needed.
What You'll Need: Knee Pad, Pilates Pole

Go to this Program Playlist
Juan Nieto joins Pilates Anytime with a Reformer workout which covers the functional demands that are needed to run properly. Mar 19, 2016 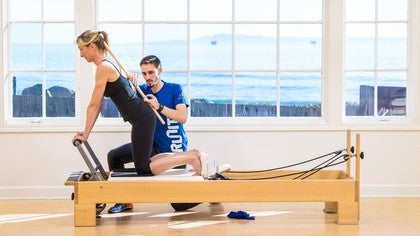 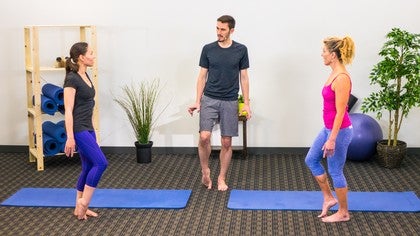 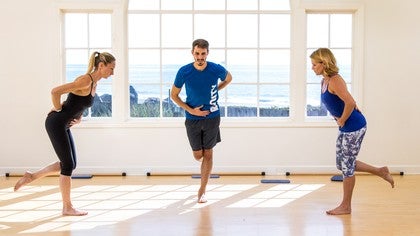 Darren T
2 people like this.
Really enjoyed this have been looking at pulling together a Pilates class purely for runners and this was really helpful, can really feel it in my glutes 😊👍🏻

Andrea D
1 person likes this.
That was awesome! Really great way to activate the Post./Ant. Hip in the pretzel with the internal and external rotation. Loved it all. Especially the pistol squat in pairs. I will be practising this one! Thank you, Juan.

Arice M
1 person likes this.
This was fantastic. I really like how each activity prepared you for the next. This class helps with the intricate muscles we all use to propel us forward each day.

Taghrid K
1 person likes this.
Wow, I found this challenging especially the last pistol squat, so need to practise but fabulous with the mobilization and stretches. Thank you Juan for a great class

MKV
1 person likes this.
I love your classes so much ! I learn so much from you ! Very powerful exercises especially the breakdown for pistol squat ! Thank you so much and please keep coming .

Susan B
1 person likes this.
This is wonderful for hip flexibility. Great class !!

Catherine T
1 person likes this.
Excellent class....a lovely fresh approach, made me realise my legs are weaker than I thought!!

Bobbie B
1 person likes this.
My new hip therapy, I feel so much better??
Thank you!
Top Skip to Latest
Showing 1-10 of 32