Welcome to Day 22! Now that you are starting to feel the changes in your body, Monica encourages you to remember the basics in every movement you do. She teaches standing work so that you can use this work in your every day life.
What You'll Need: Ped-O-Pul, High Chair, Hand Weights

The Revival Challenge: with Monica Wilson 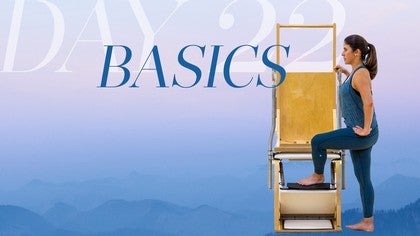 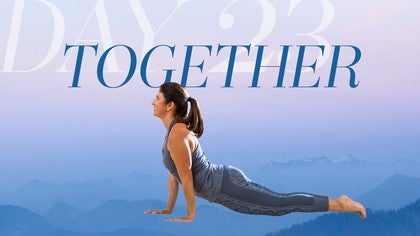 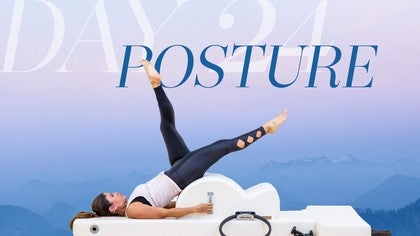 Jackie H
1 person likes this.
Thanks. . . Another great class😊

Caroline B
1 person likes this.
Thank you for all the great cues-the time flashed by, and I feel so much taller.

Monica Wilson
Thank you for all the feedback ladies! I do love the Big Chair!

Move U
This is a great basic high chair workout. Unfortunately it stopped about 3/4 of the way through. After logging out/in I'm still getting a message "video cannot be played error code 224003". Admin, please help!!!

Gia Calhoun
1 person likes this.
Move ~ I'm sorry you are having trouble with our videos stopping. I recommend restarting your computer/device to clear away the other processes that are running. This usually fixes the problem. If you continue to have this issue, please email us at support@pilatesanytime.com.

Move U
1 person likes this.
Thank you Gia. I will try that :)

Jennifer A
Hi Monica,
I have worked with both Wunda and high chair separately. I would like to buy a combo chair like the one you are using for my home because I do not have a lot of room. However, I am afraid it will not feel the same. Can you let me know if it works the same? Thanks so much for your input! Love all your classes :)

Monica Wilson
Hi Jennifer, Overall I am very happy with the combo chair and for the sake of space and bang for your buck, the combo chair is an excellent choice. I do prefer them both individually but I started off with a combo chair in my home studio and it allowed me so much flexibility. You are able to do ALL of the exercises on the High Chair as well as ALL of the exercises on the Wunda Chair. There isn't one you cannot do! However, there are a couple of differences: the high chair section sits on top of the Wunda Chair which I believe makes the High Chair a little higher but I cannot say that for sure as I would have to see them side by side. Also, the Wunda Chair has some side rails for the High Chair to sit upon securely. I thought the side rails would bother me in the Horseback but with pads I do not notice them. I hope this helps! Monica:)

Jennifer A
It does, thank you so much!
Top Skip to Latest