Challenge your coordination and stability with this creative Tower workout by Melissa Connolly. She uses minimal spring changes to flow through movements that will work your entire body. She includes variations and progressions to exercises like Parakeet, Advanced Bridge, and so much more!
What You'll Need: Tower, Yoga Block 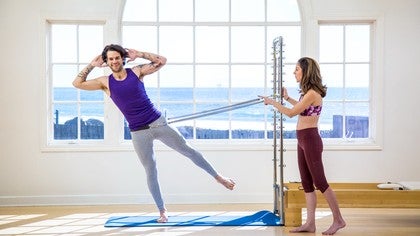 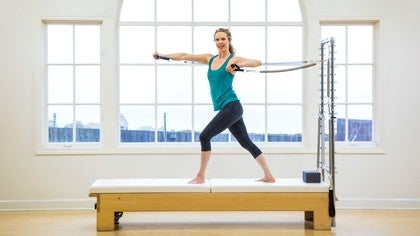 Creative Tower Progressions
Melissa Connolly
Advanced
45 min
Julian Littleford Pilates
Tower
Watch Next
Michael and Ton are back with a Tower class that is as fun as it is challenging. Nov 01, 2012 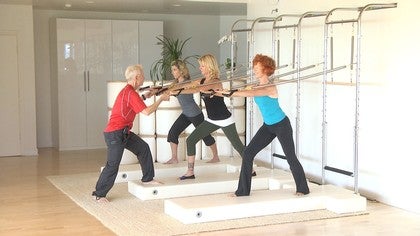 Patricia M
1 person likes this.
I loved it!! great class

Marianne J
1 person likes this.
I love the arm springs. We are limited on space so it's a nice way to get to use these exercises without having to try to move the machine around!

Michael Mary S
This was a great tower class. Love all the variations and use of the springs. Thank you.

Suzanne H
2 people like this.
I loved this class for several reasons: The minimal spring changes, clear instruction and I didn't have to move my tower. I too don't have enough room to get all the way around my tower. THANKS!! I will come back to this again and again.

Paula F
Beautiful start to finish, within reach but had to work for some of that balance standing spring work.

Elizabeth D
1 person likes this.
Got some great ideas here seated arm work standing arm work and standing on the block to work the glutes was great ! Good energy thanks!
Top Skip to Latest
Showing 1-10 of 32