Focus on fluidity in this Mat workout with Kathryn Ross-Nash. This is the final class in her series that takes you from the foundational level to the core level Mat work. She takes the work that you did in the previous classes and adds the challenge of moving in different planes of action. The dynamic and energetic movements will help you feel a two-way stretch in every exercise.
What You'll Need: Mat, Pilates Pole 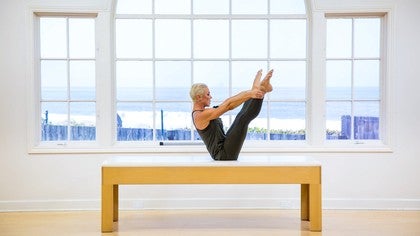 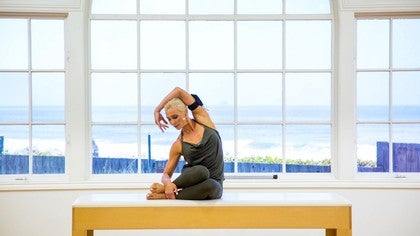 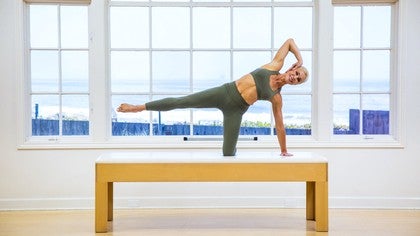 Kathryn Ross-Nash
Thank you Anna ! have you done the 7 other Mats that lead up to this one? I would LOVE your feed back!

Susan B
1 person likes this.
Thank you for doing this series. Family issues have kept me away from Pilates for the past 2 years and I need to get back to it... on my own... at home. So I am going to start at the beginning of this series and work my way through. Thank you !!

Kathryn Ross-Nash
Susan B I understand. I have many students that I love that are in the same situation, which is one reason I began to write the book that this series is based off of. I look forward to hearing abut your journey back@

Andrea F
2 people like this.
I LOVED THIS SERIES!!!! It was incredibly dynamic and made me feel connected. Loved the split connection at the end!

Vanessa D
1 person likes this.
Kathryn Ross-Nash you are absolutely fantastic!! omg when you did your side series my glutes were in pain just watching you and yet you didnt make a sound!! Thank you for this amazing workout!

Kathryn Ross-Nash
2 people like this.
Vanessa lol the art of suffering in silence! you should hear me when i am alone lol
Top Skip to Latest
Showing 1-10 of 50