Bring the fun back to your movement with this playful Mat workout by Juan Nieto. Inspired by footage of Joseph Pilates working outdoors, he teaches exercises that aren't typical in the Pilates repertoire. He starts with Plyometrics and Crawling and then works up to Handstands and High Bridge.

This class is a continuation of Juan's Lower Extremities workshop. You can also watch his assessment to learn what you can do help avoid or help common injuries.

Lower Extremity Assessment
Learn what you can do help avoid or help common injuries. 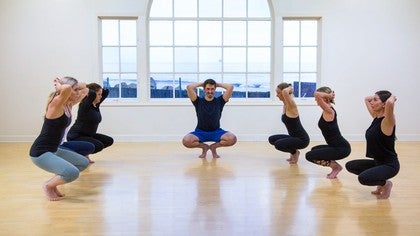 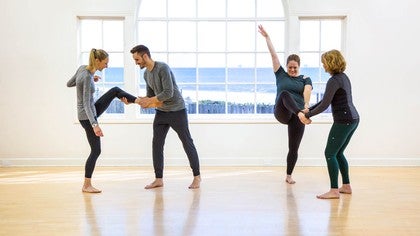 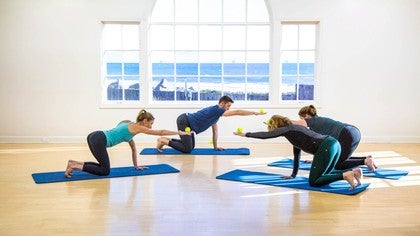 Rima M
3 people like this.
Thank you for this fabulous class , very innovative .

Rachel P
3 people like this.
Really unexpected in a delightful way! It’s great to have a chance to learn some of these archival exercises. The cues are so precise, and Juan built the exercises so systematically, that I found I was able to do exercises like high bridge, which I didn’t expect to be able to do.

Lori
4 people like this.
Happy to have another class like this! From personal experience, this kind of movement is important as we age. You don’t realize you are losing it. I try to do something like this every day to keep flexibility in my feet especially and to work on my balance. Thanks so much. I will be revisiting this often.

Benjamin Degenhardt
6 people like this.
Super fun application of the original work in a playful and meaningful way. I'm a fan! Bonus points for stick wrestling :)

Stacey U
1 person likes this.
friggin love this. yay!

Juan Nieto
6 people like this.
Thanks so much Benjamin Degenhardt. It's interesting how we become blind because we think we know what the things are about. This footage have been around for ages and I couldn't see its value until recently. Looking at things as how they are, instead of "what we already decided how they are" is what makes us grow, appreciate and learn. So much respect for Joe, he was a great mover and innovator. We as a community need to become better movers and better innovators. Thanks again mate! it's such an honor coming from you.

Rosa Reeve
1 person likes this.
Thanks so much. Great functional class with great ideas. Love the squat lunges and flow.