Play on the Reformer

Have fun playing on the Reformer in this Girl Time workout with Kristi Cooper and Meredith Rogers. They teach creative variations to exercises you already know, allowing you to explore how to make each movement feel good in your body. Their playful banter and great chemistry help to motivate during the more challenging exercises.
What You'll Need: Reformer 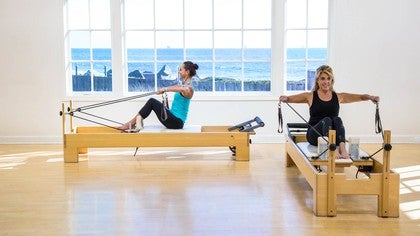 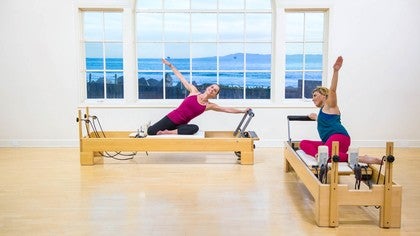 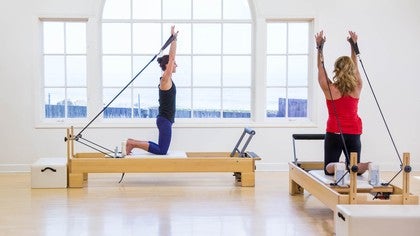 Z A
2 people like this.
Great. Cant wait to try.Thank you girls🙏

Terry D
2 people like this.
Love! love! love! I felt like I was there with you this morning on Girl Time. Great workout, and lots of fun!

Congressional P
2 people like this.
Thank you! Love girl time:)

Ozlem D
2 people like this.
Simply awesome, thank you!!!!

Galina G
2 people like this.
Dear Meredith, I was very happy wenn I saw our new video this morning. It‘s hard to believe that you were in the Studio with us just this Saturday and now again on Pilatesanytime. It was so great and magical, I hope that I shall have another opportunity to train with you again. Greetings to Kristy. You are a Dream Team!

Sandra M
3 people like this.
Loved this! Need more of these from the Two of you! Thank you!

Paula F
2 people like this.
Perfect mix! Loved the side lying especially but all together was pure magic!

ML
3 people like this.
What a treat to work out with you girls! Next week, too? Please? xoxo

Nilüfer McKenzie / McKenzie Pilates Academy
2 people like this.
Such a dynamic flow of reformer repertoire full of all the important cues for each and every exercise, hope to see more of both of you together. Thank you!

Meredith Rogers
2 people like this.
Thank you to you all for spending our girl time with us!!  I assure you that we want more just as much as you all...