Get ready to move and sweat with this fun Reformer workout by Amy Havens. She works your entire body, focusing on adding extra emphasis to your upper body and glutes. She includes creative combinations for exercises like Side Lying Hip Work, Pulling Straps, and much more!
What You'll Need: Reformer 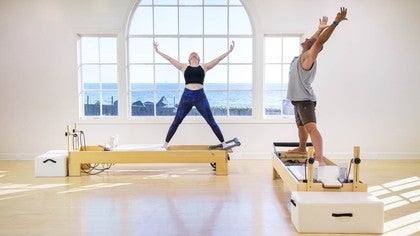 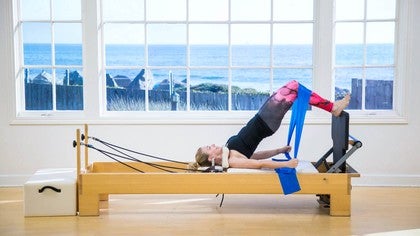 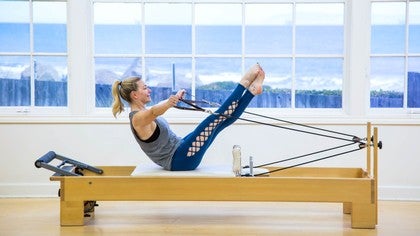 Paola Maruca
4 people like this.
What a great way to start 2020 with my favorite PA instructor to forget about jetlag? Feeling awesome! Beautiful class and flow....Love Amy. More please!!!!!!

Rena W
7 people like this.
Happy 2020, Amy!
Excellent session, as always. Your intelligent and thoughtful cues make the work all the more mindful.
When we were in quadraped and imagined we were going to lift the knee off the box, it was like striking gold! Such a simple, beautiful action that packed an amazing punch. Really had to draw from the waistline to stabilize the spine. That was a fun one! The entire workout was fun!
Thank you for always teaching with kindness and love.
Much gratitude, and wishing you many exciting adventures, and mindful Pilates miracles  in the new year.

Patty S
5 people like this.
Love the sequencing of this class and all the glute work! Can't wait to try it myself and then with my students. Amy, your classes always make sense!

Mel W
3 people like this.
This is amazing!! I always spend so much time looking for a workout like this! I loved it so much I’m gonna do it again today! The focus on glutes and the hamstrings and the back/ arms shoulders. I absolutely loved it!

Connie M
1 person likes this.
So Glad I made myself do this after working today. Feels great! Love the sideline glute work. Thank you!

Tamara G
1 person likes this.
Amy loved this class!! As always you are one of my favorites!  Look forward to more of your workouts!

Jamie K
2 people like this.
What a fun class!! Great way to start out the New Year. Thanks Amy you always bring the fun.

Michele P
2 people like this.
Thank you for this flowing, powerful combination of exercises and insightful cueing. Proving once again, that it's not about the reps, but the mind-body connection used to build and support each movement that matters. Great start to 2020!!!

Maryam
1 person likes this.
Thank you for the good start of 2020 with this mind-body Ref class and Happy New Year Amy Havens !