Welcome to Day 3! Today Carrie focuses on your lower body by challenging the hips, glutes, and thighs. She encourages you to find energy throughout your entire body so you can get the most out of each exercise. You will enjoy fun variations like a Down Dog/Arabesque combo, Side Lying work, and much more!
What You'll Need: Mat

Go to this Challenge
This Video
Lower Body, Strengthening, Creative, Fun May 18, 2020 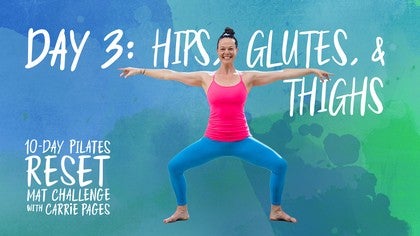 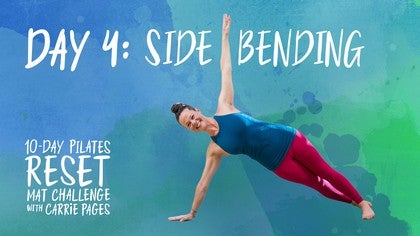 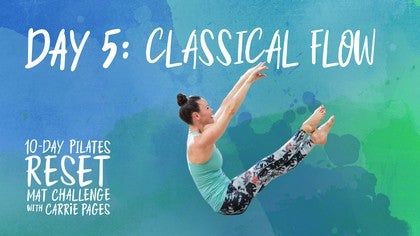 Kerry H
6 people like this.
Wow Carrie that was intense there at the end....way to sneak in some serious shoulder challenge while having the focus on the glutes with the down dog series! Feel great thank you!

Laura G
5 people like this.
Great class. I am really appreciating the different focus each day. I am teaching virtual classes and I am incorporating this approach! Thanks for the inspiration!

Sara C
1 person likes this.
Amazing!!! Really intense....thank you so much!!

Kristin B
2 people like this.
I really liked today's class. My favorite so far. Thank you!

Peggy P
2 people like this.
I really enjoyed this! Thank u Carrie

Sandy
2 people like this.
Awesome! Thank you so much

Candace A
4 people like this.
Awesome Carrie ! I loved this 20 min challenge as I’d just come off my turbo bike so it felt great . Thank you 🙏 today

Julie M
3 people like this.
I love strong legs exercises. Thank you for this challenging class! Ps: your legs look really AMAZING!

Rachel W
3 people like this.
Thank you - these classes are really giving me inspiration for my own classes

MaryBeth C
18 people like this.
Wow that was incredible! I never realized I could move like that. I lost my sight about 22 months ago. I’ve been dealing with grieving my sight and lost “sight” of pilates. This program is encouraging me daily to move forward and in many ways moving on with my life. One movement at a time. Thank you!
Top Skip to Latest
Showing 1-10 of 68