Welcome to Day 7! Today, Carrie focuses on Rolling exercises, finding ways to create a rounded shape in your torso by using your core. She adds creative combinations and transitions to allow you to play with the movement and have fun!
What You'll Need: Mat

Intermediate
Deliberate Pace
May 18, 2020
Pilates Unlimited
(Log In to track)

Go to this Challenge
This Video
Rolling, Creative, Combinations, Fun May 18, 2020 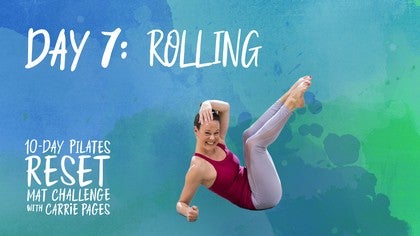 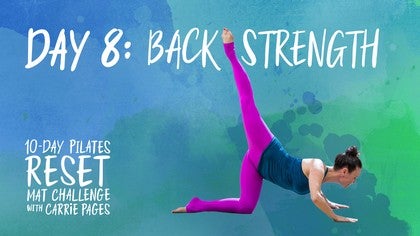 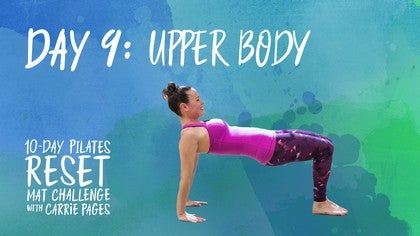 Gerri M
2 people like this.
Breathing hard after that killer finish...loved the rolling like a ball around the world..great job on Day 7

Danielle A
1 person likes this.
That was a lot of fun ! :) Thank you

Marisa L
1 person likes this.
lol ! Thanks for a lot of fun & laughs as well.
Thanks for the cue while in quadruped position to push the hands forward to deepen the rounding of the spine. Felt that. It was awesome!

Alison Lloyd
1 person likes this.
Brilliant! I love all your peeps, they made total sense

Caroline B
1 person likes this.
Yay!! this was great fun and very creative. Thank you Carrie
Top Skip to Latest
Showing 1-10 of 38