Mariska Breland offers this creative workout using Yoga Blocks as part of her series Pilates-ish. The incorporation of the Blocks to her unique blend of Pilates and different movement practices is sure to keep your body and mind fully engaged. You will feel long, strong, and accomplished after this challenging Mat class.
What You'll Need: Mat, Yoga Block (2) 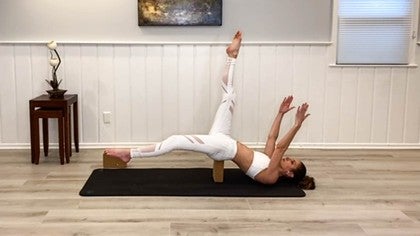 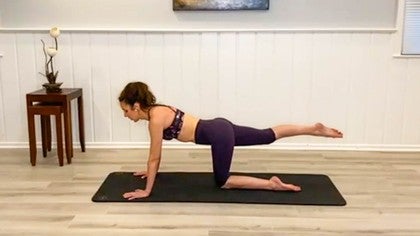 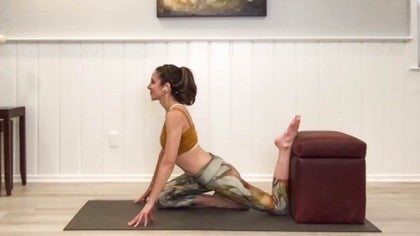 Beverly L
2 people like this.
Great class. Loved the creative use of,the bocks. Thank you

Kristen G
Is it possible to do this class without yoga blocks or with something as a substitute?

Mariska Breland
3 people like this.
Kristen I don't think so. I have some more props classes coming - gliders and a chair or stool.

Gary M
2 people like this.
What a fun class! Lots of interesting variations. I feel great. I put leg weights on because there were a number of roll-downs. That worked well.  Yea, I got to use my cork blocks. I won them in a contest but almost never get to use them.  Thanks Mariska:)

Jennifer E
1 person likes this.
That was such a fun class! Love! Thank you so much, Mariska!

Mariska Breland
1 person likes this.
Glad you liked it! It's good for us non-yogis who used to be yogis to dust off the blocks every now and then.

Hilary F
LOVED Snake with the blocks, very informative practice and yet playful!

Mariska Breland
1 person likes this.
Hilary Thank you! On the first side, my block was wobbling so much that I thought it was going to tip and crush my knuckles. I almost bailed on the arm lift part!

Lina S
2 people like this.
I've really enjoyed this creative class with a variety of exercises. Time went by so fast! I've learned that yoga blocks can be used for feedback (like in the spine stretch forward), for challenge and for stretching. Great class!

Mariska Breland
Lina I'm glad you liked it! I've been using them in privates since Covid since a lot of my clients have them but not other equipment. I like them better than magic circles 🤭 (I kind of hate magic circles).
Top Skip to Latest
Showing 1-10 of 31