Courtney Miller finishes her series with T for Tone in Pilates with HEART. Get ready to shake, sweat, lengthen and tone in this upbeat Barre Fusion class. She alternates between the Reformer and Barre work, making sure you keep your energy up and have fun. She focuses on glutes, core, and upper body work with cardio mixed in to ensure you get a complete and balanced workout.

Pilates with Heart - Playlist 1: On the Reformer 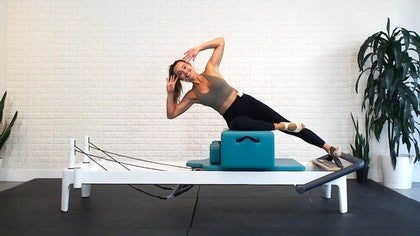 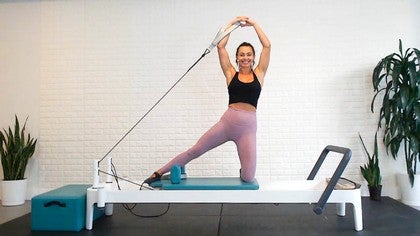 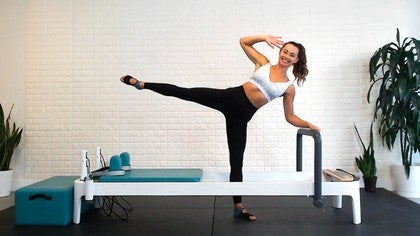 Ryanin B
1 person likes this.
courtney miller this was a fantastic session. yes playful yet a good overall workout. many thanks.

Hildegard V
1 person likes this.
Did the whole series, fun, different and exciting

Laura C
1 person likes this.
I have loved the HEART series! Thank you @CourtneyMiller -   I love the creativity and challenge. Adding the some of these flows have brought so much fun to my classes, and inspired me to combine exquisite, traditional Pilates with this unique, zesty, approach. Love it!

Nicole C
1 person likes this.
Another favorite class! Thank you so much for this series!

Yardley C
1 person likes this.
Another fav for sure, holy hips and legs!

Lori
2 people like this.
As always, love having more of your classes!  It was especially nice since there haven’t been, understandably, a lot of reformer classes on PA lately.  I found your tip on doing star on the reformer very helpful.   Thanks, as always, Courtney.  I do at least one of your classes every week.

Annie G
1 person likes this.
this series is by far my favorite one in a very long time. thank you so much. hope to have another one like that sooner than later

Jasmin P
2 people like this.
Loved this series, Courtney please create more classes/series like this !
Top Skip to Latest
Showing 1-10 of 67