This is the ninth Beginner level class in a series of 10 that will be taught by Niedra Gabriel. The Beginner series is designed to lay an instrumental foundation for all your Pilates mat work. Join Niedra for each class and notice the improvement in your exercises as you progress through the series.
What You'll Need: Mat, Magic Circle

Level 1
Deliberate Pace
May 25, 2011
The Pilates Guild
Beginner
(Log In to track)

Go to this Program Playlist
This is the eighth Beginner level class in a series of 10 that will be taught by Niedra Ga... May 15, 2011 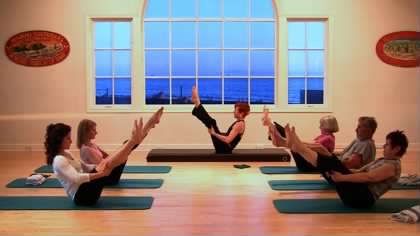 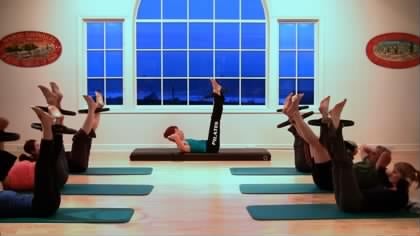 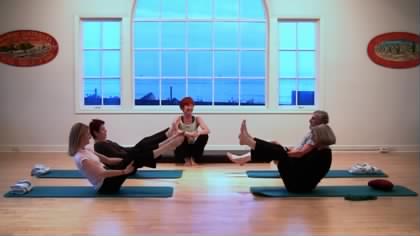 Pele
Could you please teach a level 2/3 magic circle class?

Jane S
Loved this class. Using the magic circle is fun and provides great resistance to upper & lower body as well as core. Great overall workout. Will repeat it often for sure!

pegggggy
2 people like this.
I had a lot of fun with this one. I don't have a magic circle, so I took Niedra's advice and substituted, well, not a yoga block, but a box with a game in it that was still wrapped up in plastic - about 12x12x3. It had some weight to it and a little give. I was laughing trying to hold it up between my ankles and not let it fall on my face. It worked fine, and I can feel some shoulder muscles today, so I know it worked!

Laughing is good for the powerhouse too, right? :)

Kristi Cooper
I think you are the perfect Pilates client pegggggy! When will you be teaching it?

Una B
Can't get this class to download past halfway. Not sure why as all other classes are fine.

Nancy C
I have been following the series and today feel like I "graduated" to the magic circle, which is a new old friend for me. Question, (in case a teacher or experienced person reads this and wants to reply) : I was once very adept at Pilates, over 10 years ago when as a dancer we used it for rehab and conditioning. At that time I don't remember having much of a problem with rollups. After going through the 9 classes, I still need alot of help.... do I just keep trying? Thanks for reading, and I am so glad to have found Pilates Anytime!

Niedra Gabriel
Nancy, I will try to help but need a little more info to help me understand what you are dealing with. Are you simply not able to get up so you ' get stuck " with your head up? and yo jerk through the coming up part? on the way down do you "fall down"? ody ou work with bent or straight legs in roll up? if you send me more details about what happens in your body I may be able to give you some suggestions and insight about what to take in to consideration, and hopefully this will assist you. By they way - what sort of dancer were you? ballet? modern? jazz? alll this can help in lieu of seeing you live...
lets see if long distance coaching can work...

Nancy C
Thank you ao much for your reply Niedra
The answer is yes. I get stuck and need to either hook my feet under the couch or roll up. I have a very tight low back and am fighting a thickening middle, and wonder if that is why I get stuck. I am happy to just keep trying, but I compared myself to Tim in the series and he is coming up on his own by class # 9. and I am not.

I wonder if I should be worried I don't mind if it takes a long time, just don't want to hurt myself in the long run. I really need a private teacher but have a hard time getting to a studio lately and can't find anyone to come to the house when I am available . I'll keep looking meanwhile, do you do privates by Skype? You could watch me and give me some pointers. Don't want to take up so much of your time unless you are getting paid.

Thank you again Niedra for all the work you have done which you share with others. You are a great teacher!

Niedra Gabriel
Hi Nancy, you may not be using your lower back efficiently, or, you may not be using your lower ribs properly.
There is also the overall element of the whole body needing to release and relax to allow for easier flow of movement.
Try closing your upper ribs and widening the back floating ribs, it is common to miss this part and just do 50 % when the body has much more ability that is not being tapped.
Another area to check is if you are really scooping to full capacity, so your hips bones and lower ribs move closer in the front body.
Try these.
I don't expect you can hurt yourself (per your voiced concerns) where you are, but each body is different and without seeing you live I cannot really have a definite perception of what you are dealing with.
Lets communicate via email to sort out your questions about live class or skype lesson. I can be reached at niedra@spirit-moves.com.
Top Skip to Latest
Showing 1-10 of 31