Release Your Fascia: with Niedra Gabriel 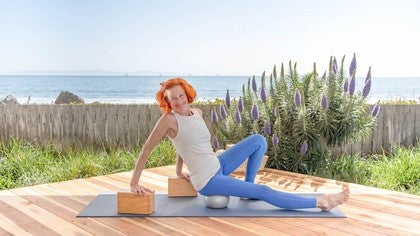 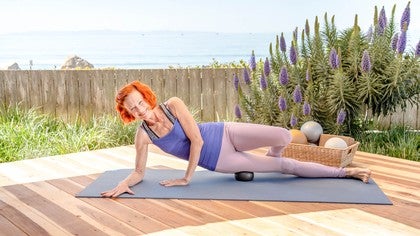 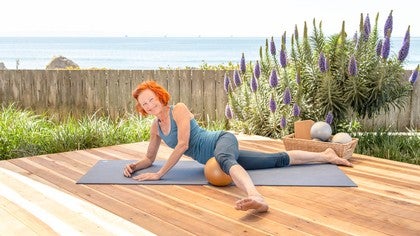 TripleM
1 person likes this.
Thank you so much! This is just what I needed today after my sister tricked me into a faster-for-me 3-mile run!

Niedra Gabriel
TripleM love this post. Those sisters always get you in trouble.... Now you have your secret weapon.   I assume she is younger?

Elyse D
1 person likes this.
Needed this class so much!  Thank you!

René S
1 person likes this.
Husband did this class and went from fingers touching floor to palms almost flat on floor.

Emily B
2 people like this.
Neidra- please keep doing these instructional videos, thank you for such clear and concise guidance - as a long time Yamuna practitioner one can always uncover new sensations ! Thank you !

Sandy Endo
1 person likes this.
Thank you so much! Much, much needed after an ankle sprain which led to hip and hamstring tightness. The ITB release video was also amazing. Thank you for your amazing teaching!

Niedra Gabriel
Emily B AND Sandy Endo thank y ou for your posts and I am so happy to read your comments. Emily, lovely to know you are a YBR practitioner, yes, each person brings a slight different orientation to the work, always. Glad and honored you are finding it insightful.   Our bodies are amazing.

Silke L
1 person likes this.
Niedra, thank you so much for this! After sitting in a car for some days I had pain in my glutes/hips and a weakness in my right leg. I did your Hamstring- Glutes- and Quadrelease and then some strengthwork with legwork on the reformer, and now feel so much better and freer! I have the yamuna balls and think they are unique, - as the tuneup balls, and will do your sessions more often! really wonderful!

Wendy B
1 person likes this.
Thank you so much Niedra for this class.  I think I've taken it at least 7 or more times and let me tell you my hamstrings feel awesome.  Not only that, my right knee has been bothering me so much to the point that I was in pain standing and walking.  After taking your class, I am able to stand and walk WITHOUT pain.  Furthermore, I am able to square up on the reformer and perform Eve's Lunge as it should be performed.  Honestly, I've never been able to demonstrate such good form and alignment.  Thank you, thank you!  ❤
Top Skip to Latest
Showing 1-10 of 12