Find your center and get your sweat on with the Franklin Ball in this athletic Mat workout by Melissa! She starts with articulation exercises to free up your spine, then dives in with variations to challenge your inner thighs, your seat, and your powerhouse. Once you get to the Kneeling Series, you’ll be stabilizing through the sweat. Grab your Franklin Ball and let’s move!

On Center - Playlist 1: with Melissa Connolly 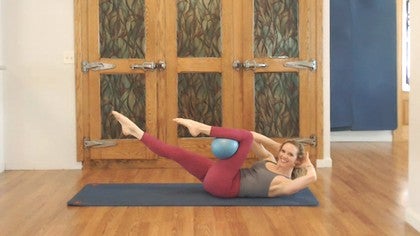 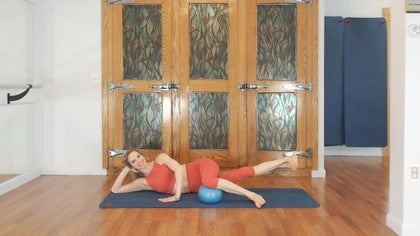 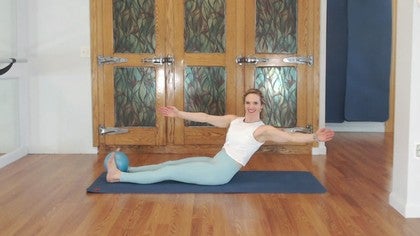 Joni N
1 person likes this.
DIrectly to favorites!  Thank you.

Gary M
3 people like this.
For anyone just getting a small ball aka Franklin Ball, don't fill it up too firmly. Your goal is to grab it, hold unto it with your leg, and lay on it. This is much easier to do, if you haven't filled it too much.  Otherwise  some exercises are going to be rolly polly challenging. Great Class. I got a good workout, sweated, and had fun. Melissa is a great teacher and her cuing is impeccable. I added 5 lb leg weights  and that worked for me. Thanks Again Melissa:)

Barbara O
1 person likes this.
Thanks Mellisa for the great workout with the little ball!

Lina S
1 person likes this.
A very fun class! I've really enjoyed the quadruped and side kick series. Thank you!

Debbie A
1 person likes this.
I have been doing a lot of classes utilizing the overball.   It amazes me how with each new class I do I learn more variations using the overball.   Thank you for challenging my body today.
Top Skip to Latest
Showing 1-10 of 17