In this quick Mat workout with Kristi Cooper, you will create some heat! You begin with challenging standing and balancing exercises that will fire up your leg muscles. Once your standing work is complete, you will move onto your Mat for some Spinal Flexion and Rotation, Side-Lying work, then you finish off with some Back Extension. Enjoy!
What You'll Need: Mat, Towel 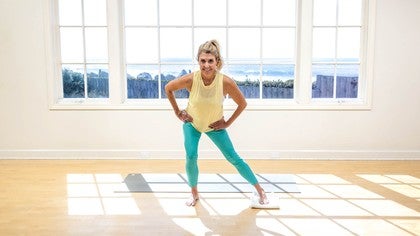 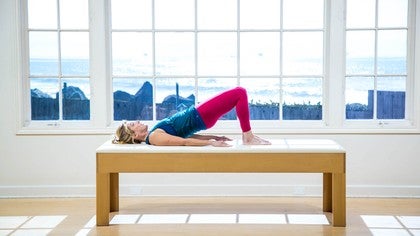 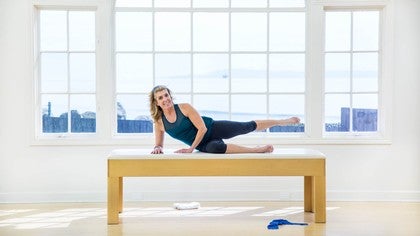 Kristi Cooper
1 person likes this.
Joan Breibart I love Fletcher towel work.  His towel definitely offers more options and feels better in the hands if you have one. Thanks for the tip regarding the ability to use socks.

Joan Breibart
1 person likes this.
i have  Fletcher red and white towels.  I did your  sequence with socks and  my feets stayed warm .

Deborah Wasko
2 people like this.
Christy so good to see you ! wonderful class to start or end the day !!!

Rachel
2 people like this.
Great workout to start the day, love the variations with the towel, thanks Kristi! 🙌

Billie M
2 people like this.
Great use of the towel for teaching online…..and very different from using a theraband. Nice wake up class!

Julie L
1 person likes this.
This is an absolutely brilliant class Kristi. I loved the towel, and your combination of moves was perfect. My hips and shoulders feel great!

Cigdem A
1 person likes this.
I feel happy in the end; thank you for his short and delicious class Kristi

Alice P
1 person likes this.
such a nice class, thank you :)

Kim N
1 person likes this.
So nice to see you again Krisit! I'm always on the reformer so this was a nice change to end my workout!
Top Skip to Latest
Showing 1-10 of 18