Train like an athlete with this advanced Reformer workout by Courtney Miller. She focuses on power, coordination, and endurance, using the Jump Board to increase your heart rate. She also teaches creative combinations, adding dynamic layers so you get the most out of every movement.
What You'll Need: Reformer (No Box), Jump Board

Go to this Program Playlist
This Video
Train like an athlete with this advanced Reformer workout by Courtney Miller. Aug 01, 2022 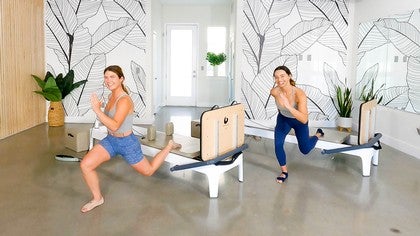 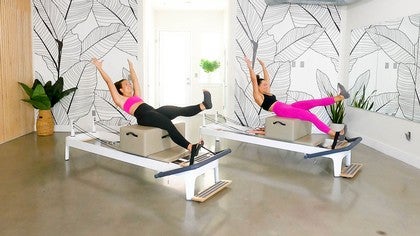 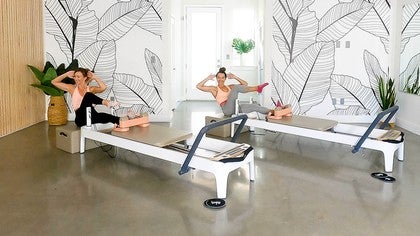 Rachel P
Another outstanding class in this series! I love all the jumping - great to incorporate cardio.

Tammy K
I am so proud of Alaina! She rocked this workout and is SO strong!
I will certainly have  to break this one down into mini workouts  but  I will do it  :)) Can't wait to take a class from her when I am back in Cali!!

Susan R
1 person likes this.
That was by far the most heart-rate- pumping pilates workout I've ever done!  And my fitbit agrees!  Always creative and fun, but always good form.

Annie Petcharat S
Love it so much! My heart rate was pumping! Thank you :)

Caitlin Meek
1 person likes this.
Loved this. Indeed SO hard. But I'm done and am feeling those great endorphins.

Joanne Smith
Thank you Courtney, that was GREAT! I had to modify a few things like the lungs and squat jumps, but I certainly kept moving and the blood pumping, it felt great. I will be doing this one again for sure