Meredith describes the fundamentals exercises for the student at home while teaching a class to her student Joe. Basic explanations are given for post-lateral breathing, neutral pelvis and the fundamental exercises from the pelvic curl to the basic back extension. This is a good class to help you get started with your Pilates practice and a great review for the student with limited experience.
What You'll Need: Mat

Go to this Program Playlist
This Video
Meredith describes the fundamentals exercises for the student at home while teaching a cla... Feb 02, 2010 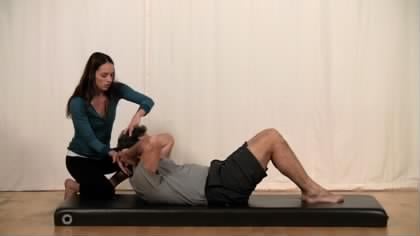 Mat - The Basics
Meredith Rogers
Level 1
25 min
BASI Pilates®
#70
Watch Next
Adrianne takes you through a basic class providing you with many helpful cues for integrat... Feb 04, 2010 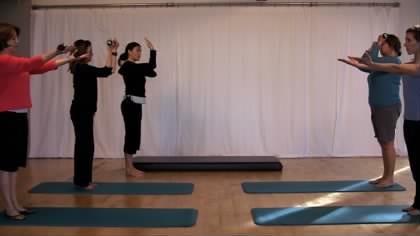 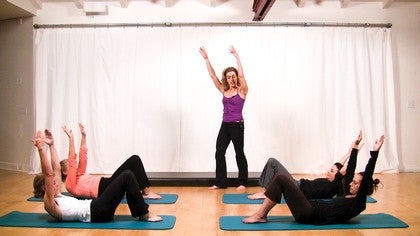 Jolene P
1 person likes this.
Great! I love all of the small details!

temax
1 person likes this.
I really liked it!

Sharon
1 person likes this.
This was very helpful for an absolute beginner like me. I'll watch and do this one again before moving on!

Meredith Rogers
1 person likes this.
Great idea Sharon. It is so valuable to start with the basics!

Carly V
1 person likes this.
Is there a way you can increase the volume? I have it turned all the way up on my netbook and I can barely hear it. Thanks.

Perry White
1 person likes this.
Hi Carly,
Thank you for pointing out the volume was low for Meredith's class. The issue should be resolved now so I hope you enjoy taking the class.

Bronte Healy
I found the volume too low. It was difficult for me to hear even with my Macbook turned all the way up. Otherwise it was a very decent instruction in basics,

Hannah M
Bronte~ I have forwarded this volume problem to our video editing department so that they can fix it in the next week or so. Thank you for pointing it out.

Meredith Rogers
Thanks Hannah. And thanks for taking class with me Bronte.
Top Skip to Latest
Showing 1-10 of 14