Inspired by her mother's unexpected recovery from a bout of pneumonia, Kristi reminds us there are the mechanics of movement and then there is the experience of movement. Each are important, but this class is more about the experience of feeling what your body can do. Push the envelope of your own expectations and you may find unexpected capabilities within your own body too.
What You'll Need: Mat, Overball

Go to this Program Playlist
Inspired by her mother's unexpected recovery from a bout of pneumonia, Kristi reminds us t... Jun 20, 2012 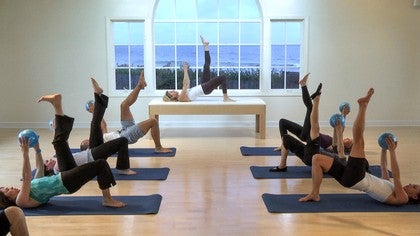 Mat Workout
Kristi Cooper
Level 2
60 min
BASI Pilates®
#742
This Video
Use the Magic circle to tap into your powerhouse right away working with variations that w... May 16, 2011 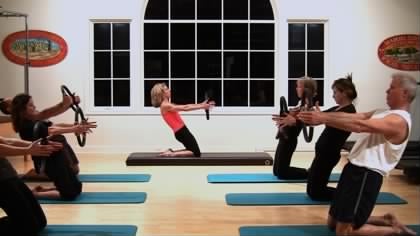 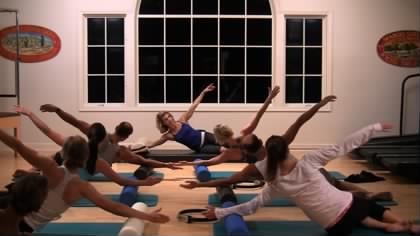 Renee Z
1 person likes this.
I will get your mom in my prayers.

Marisa C
Kristi,
Thank you for sharing that. You and your Mom are in my thoughts.

Sherry B
hope your mother continues her positive and healthy journey forward.

Liz
1 person likes this.
Awesome incredible class...so glad you did this one. Best of luck with your mom!

Kristi Cooper
Mom walked a mile last week... twice (and without an o2 tank!)! Thank you all for your good wishes. We both appreciate it very much.

Barb K
Great use of the overball. Can't wait to try it with Swan.
Thank you

Karen A
Thanks Kristi:) I really enjoyed your class. it was the best post beach day workout. I'm on vacation and pilates anytime is my personal trainer. Found a few new variations on exercises that I am anxious to use in my classes when I return home. I am so happy for you and your Mother. She is in my prayers:)

Leanne N
1 person likes this.
Kristi....I just love you for your openness and strength....and your beautiful ability to allow your class to find the practice within themselves with you as the gentle guide. You define Pilates for me!
Top Skip to Latest
Showing 1-10 of 24