We are proud to feature the first Fletcher Towel Work® class on Pilates Anytime and who better than to teach it than Ron Fletcher's protégé Kyria Sabin? In this 15 minute introduction, you will open the shoulders and chest, learn to work the arms in relation to your back muscles, strengthen and stretch the sides of your body through lateral flexion and rotation of the spine. To get the most out of all your (future) Towel work classes and to find out why the Towel is Red and braided (and where you can buy one), be sure to check out the 5-minute History of Fletcher Towel video.
What You'll Need: Braided Towel

Go to this Program Playlist
This Video
We are proud to feature the Fletcher Towel Work® class on Pilates Anytime and who better than to teach it than Ron Fletcher's protégé Kyria Sabin? Nov 28, 2012 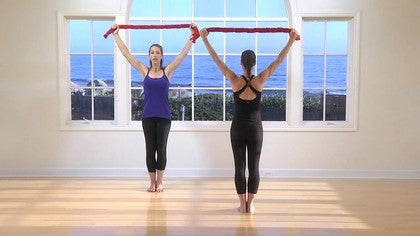 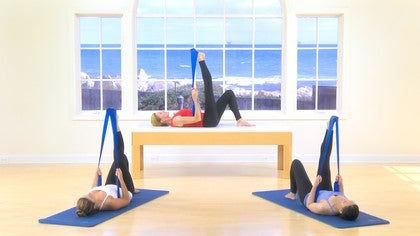 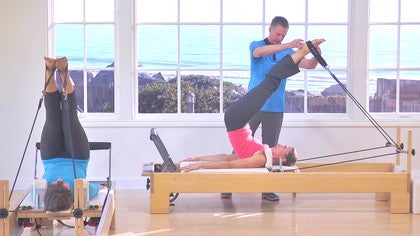 Bertha T
1 person likes this.
Feels great and pretty at the same time!!! Thanks for posting.

Anne-Marie S
3 people like this.
I recently received this towel and after just a few times using it, my shoulders feel more opened and not so tense. Looking forward to more towel classes! Thank you!

Notme
1 person likes this.
Managed with a tea towel held at the ends. I'm relatively small. For the work behind me I changed to a theraband as I'm really not flexible enough to get the tea towel over my head and behind my back:)
Really enjoyed. Shoulders feel wonderful. Will do more of these. Easy to follow, useful when using an iPad!

Corinne M
1 person likes this.
Hi kyria & Deborah, nice to see some towel work, than you :)

Geri Taylor
1 person likes this.
Love the towel work - I feel taller and open through the chest and shoulders.

Joni N
I used my most resistant theraband (blue/heavy) that I already had on hand which and then doubled it. This limited any chance of my stretching it <g> and offered an easy grip Here is a link to purchase the Fletcher towel. http:/ /www.fletcherpilates.com/our-produc ts/towel Much better price than on Amazon.com.

Hannah M
1 person likes this.
Just an add on to Joni's. Click here for where to buy the towel on the Fletcher website.

Sophie F
2 people like this.
I love Ron Fletcher towel work. It would be great to have more of this type of class, or a combination of this and pilates.

Antra C
1 person likes this.
Thank you for the class.
Top Skip to Latest
Showing 1-10 of 35