Clients think we are magically endowed - “how did she know that?” It’s merely that we see patterns of restriction obvious to the trained eye. This workshop is further “eye training.” You will examine common patterns, learn how to trace problems to their origin, and find solutions you can use within a lesson.

- Focus on the spine, with an emphasis on tails and heads

- Apply these concepts to Pilates exercises

Go to this Program Playlist
This Video
You will examine common patterns, learn how to trace problems to their origin, and find solutions you can use within a lesson. Sep 06, 2013 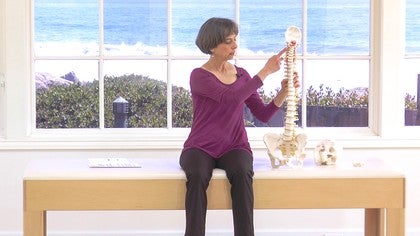 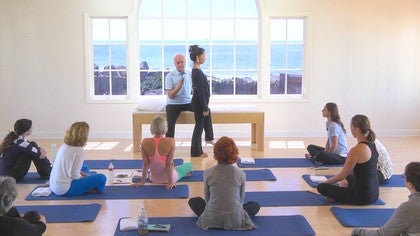 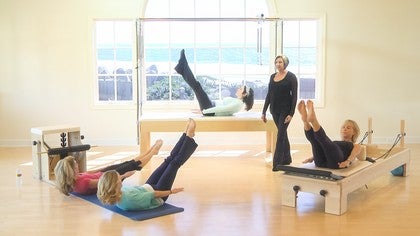 María de la Paz V
2 people like this.
Hi, i don't understand the ñame from the film from Michel Larson and Eve. Thank You for give me that information.

Gaile D
Fabulous love the thought of working with what the sacrum has cant wait to go through this with my clients.Thank you for a helpful and clear workshop

Ruth Alpert
Thanks for the feedback Gaile!

Arlette R
2 people like this.
Ruth, you are a lovelly teacher! I really enjoyed your workshop!

Lauren S
This is a subject that I would like to hear more on!! Enjoyed it very much!
Thank you!

Judith R
REALLY INTERESTING.COULD YOU TELL ME A BIT MORE ABOUT HOW TO GET THE TAIL TO BE BEHIND YOU.
JUDITH

Ruth Alpert
Hi Judith,
Technically it's the base of your sacrum, not the actual coccyx that is dropping down and behind. The coccyx needs to keep it's curled shape!! It's the natural angle of the sacrum, that if extended, would land behind your feet. Images can help: the 3rd leg of a tripod, a dinosaur or kangaroo tail..... or go online or find anatomy books that show how angled the sacrum really is - an image that is reality! I could not use some of my favorite pictures in the filming because of copyright issues, but there are some lovely ones out there.

Not sure if this helps, or answers what you need. Feel free to contact me directly if you have more specific questions.

And thanks for watching it and responding!!

Judith R
Thank you Ruth.It has made me look carefully at the shape of the sacrum.I love your workshop-would welcome more.
judith