Jillian Hessel demonstrates the exercises that Carola Trier taught on the Cadillac. She explains how Carola was very good with tactile cues and spotting because she was a licensed massage therapist. Jillian also shares a piece of history because she uses a Cadillac that was built for Carola by Joseph Pilates himself.
What You'll Need: Cadillac

Go to this Program Playlist
This Video
Jillian Hessel demonstrates the exercises that Carola Trier taught on the Cadillac. Feb 10, 2014 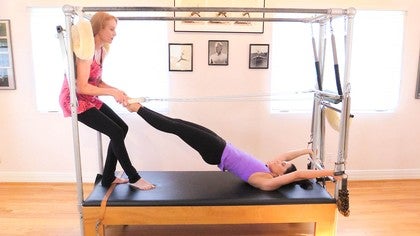 Cadillac Methods
Jillian Hessel
Tutorial
30 min
Pilates History
#1379
Watch Next
Jillian Hessel shows us the Cadillac that was passed down to her by her mentor, Carola Trier. Mar 12, 2014 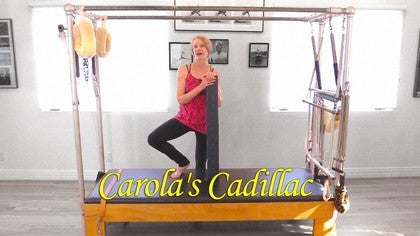 Carola's Cadillac
Jillian Hessel
Special
10 min
Non Pilates
#1594
In this tutorial, Jillian shows how you can assess your posture, using the methods she learned from Carola Trier. Oct 26, 2014 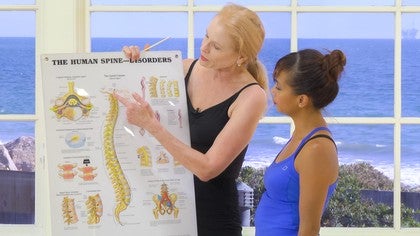 Lynn P
2 people like this.
Love this Jillian. I had been some of this teaching with hands on already, but the details here are very helpful so I can be even more proficient. Also like the details about the table, the Center ring and the side footstrap. Makes learning so much easier. Looking forward to seeing much more from you. Thank you!

Patricia N
1 person likes this.
A great session! You commented that you were using the leg springs for the side leg exercises, but they did not appear to be the heavy leg springs. What type of springs would they compare best to?

Jillian Hessel
2 people like this.
Thanks for your interest, and insightful question, Patricia! The leg springs are from New York, from the company that Carola originally ordered her springs, Newcombe Springs. They are quite different from Gratz, (lighter), and also slightly lighter than the Balanced Body Red springs. Most similar are the Stott leg springs, but the BIG difference too is the size of the foot loops, as I mention in the video. There is much more control with the smaller loops, both for the teacher, and the student!

Colleen Ferguson
3 people like this.
WOW! love watching Jillian work on the cadillac- such beautiful articulation, variation and hands on! more please!

Anita Z
With your magic hands on everything looks possible :)

Alvaro A
Thank you Jillian, love this class, cool.

Idrienne S
1 person likes this.
Such a pleasure to see you work so hands on and being an X dancer myself, I enjoyed all the references. I met you years ago in1985 when Quentin Josephy use to have weekend workshops with the first generation teachers. Thank you. Would love to come out one day and work with you.
Top Skip to Latest
Showing 1-10 of 23