She’ll overview neurological factors that impact balance, including the visual, proprioceptive, and vestibular systems, as well as the integration of those systems within the central nervous system. Additionally, the workshop will cover musculoskeletal causes of balance difficulties, including hip and ankle strength, stability, and flexibility.

- Learn the different factors that can impact balance

- Learn ways you can begin to train balance for different needs


Once you purchase the workshop, you will have access to the pdf attachment. It will be located underneath the description.
What You'll Need: Cadillac, Wunda Chair, Reformer

Go to this Program Playlist
This Video
Join Mariska Breland in this workshop that first explores our historical understanding of ... Jul 31, 2015 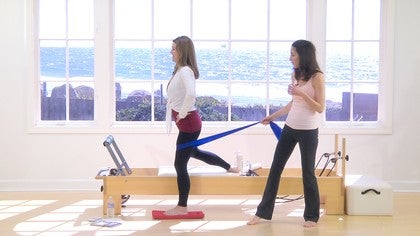 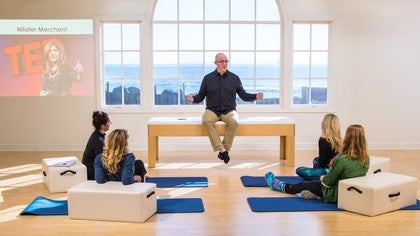 Sitting is the New Smoking
Brent Anderson
CECs
6 Chapters
85 min
Polestar Pilates®
#2639
Workshop $99
Join Dr. Brent Anderson in this workshop which provides teachers with basic skills to do a... May 08, 2015 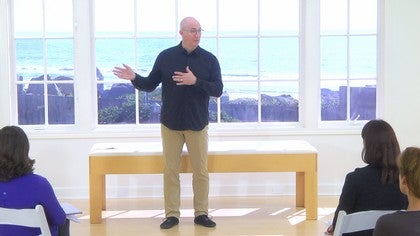 Barb C
2 people like this.
The past workshop that I took, which I loved, included your slides. I don't see them on this one am I missing them? They really were helpful if I am not missing them can you send them?

Mariska Breland
1 person likes this.
Hi Barb - yes there are slides. Standby and I'll try to get them posted! Apologies that they weren't up, yet!

Barb C
Thanks so much! Great workshop

Gia Calhoun
1 person likes this.
Barb ~ Thank you for letting us know that the slides were missing. I have added them to the workshop so you can download them and print them out. I'm glad you enjoyed this workshop!

Erin J
1 person likes this.
Thank you for including the slides! There is so much information. It is nice to be able to refer back!
Excellent and thorough presentation!

Natasha K
How do you purchase this workshop?

Gia Calhoun
Natasha ~ When you go to the workshop, there is a Buy Now button above the video. Once you click the button, it will prompt you to enter your payment information. I hope you enjoy it!

Thomas L
In spite of having experience in vestibular rehabilitation as a physical therapist, I have gained a greater understanding of balance disorders and interventions using the Pilates method after completion of this workshop. Admittedly, I needed to break out a vestibular rehabilitation book when taking the exam to refresh my memory. Informative and well presented.

Is this workshop meant for instructors or can someone who experiences mild vertigo regularly benefit from it? I don't have the apparatus mentioned, if there's balance exercises in there with no props I could do regularly I'd consider purchasing, thanks for any reposnse

Mariska Breland
Hi Sue! Sorry for the delayed response. The workshop isn't really geared to instructors - it's about a general understanding of balance. A lot of the exercises (most probably) can be done without apparatus. For vertigo, if it is mild, one of the things that has worked well for me is walking on a treadmill (holding on) and turning my head slowly from side to side, and then turning my eyes slowly from side to side. I look up and down and left and right (and up left, down right, etc.) I discuss it in the workshop - why things like that can help. :)
Top Skip to Latest
Showing 1-10 of 21