Learn about the history of the equipment and the springs with Kevin Bowen. He offers interesting tidbits that you may not know, and talks about how we use the springs and why they are important. You will see the differences between three different brands so you can learn how to make necessary adjustments for your own workouts.

Read our in-depth blog post to learn about the springs we use in many of our videos.
What You'll Need: Reformer w/Box

Two Different Reformers
See a Balanced Body Reformer and an AeroPilates Reformer in a class.

Go to this Program Playlist
This Video
Learn about the history of the equipment and the springs with Kevin Bowen. Apr 08, 2016 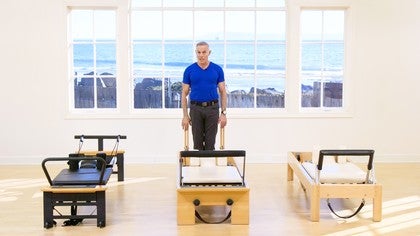 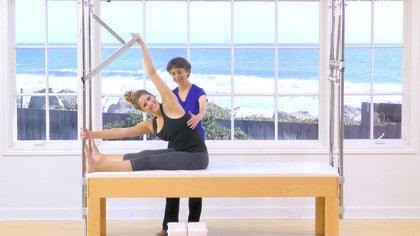 Neice M
2 people like this.
Thank you Kevin forall of those information.

Sharon B
3 people like this.
That was great! I would love to see more of these on the other pieces of apparatus .

Lynn P
2 people like this.
Kevin, that was very informative and concise. Like you, I think the history of the equipment itself would be so great to discuss. Maybe that could be a separate tutorial. I think it would also be wonderful to see key exercises being done on the three reformers to people can really see the difference. I know there are lots of variables involved but would be fun.

Todd G
2 people like this.
Thank you for all the information. I appreciate the historical perspective.

Kevin Bowen
1 person likes this.
Glad to hear the positive comments - thank you!

Jennifer A
2 people like this.
Very interesting workshop, thank you!

Tahja
2 people like this.
Thank you! I find these kind of workshops and talks that inolve the history of Pilates motivate me the most in my teaching. I would love to know more about the type of exercises in Germany that may of inspired Pilates exercises.

PS Aey
1 person likes this.
Thank you very much for the great knowledge.

Dianne R
1 person likes this.
Thank you Kevin, I really enjoyed this, and you look fabulous BTW!
Top Skip to Latest
Showing 1-10 of 57