Learn how the pelvis relates to the Side Lying Series in this tutorial with Tom McCook. He helps you understand the function of the pelvis and how it moves in relationship to the legs during functional and dynamic movements. This knowledge will help us self-cue better as well as strengthen our side bodies more efficiently.
What You'll Need: Mat

Go to this Program Playlist
This Video
Learn how the pelvis relates to the Side Lying Series in this tutorial with Tom McCook. Nov 13, 2016 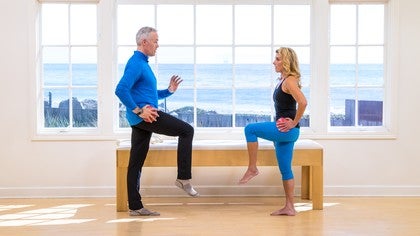 Side Lying Series
Tom McCook
Tutorial
20 min
Balanced Body
Mat
Watch Next
Activate the back chain of your body with this quick series by Tom McCook. Dec 23, 2016 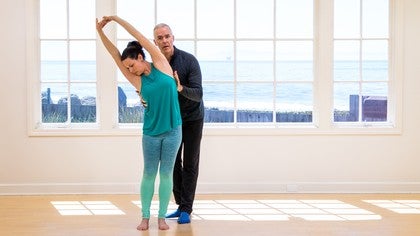 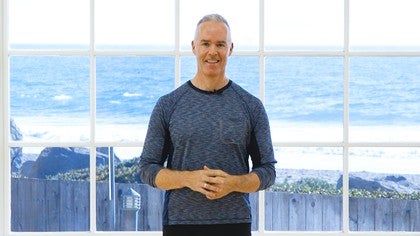 Vicky
7 people like this.
Hi Tom that was great thanks....can you do another similar tutorial about relationship between scapula rotation and humerus movement please?

Marci S
That was really fantastic. I got so much out of that tutorial, thanks for all of the insights!

Sylvia D
2 people like this.
Hi Tom. Really enjoyed this video. Your teaching style is clear and understandable. The visuals really helped. In deep gratitude.

MKV
1 person likes this.
I love your tutorials ! Excellent ! Thank you !

Ali A
Amazing tutorial thank you

Marna P
WHAT. WAS. THAT. This showed me weaknesses I never knew I had and totally is going to change my hips! Thank you Tom, you're a genius!

Sarah Edwards at Positive Pilates Solihull
1 person likes this.
Really great visual tutorial thanks. Very useful cues around the obliques and also loved the stretches at the end:)

Jaime L
1 person likes this.
Thank you Tom! Great visuals! Is there a reason in Pilates we keep the over 90 angle at the knee? I would like to see more functional movement like this it’s so helpful! I’ve watched all your videos. Thanks again!

Maggie L
At around 8:30 minutes in, when they pick up the wheels and Tom McCook  says "the illia is the whole pelvic half" doesn't that also include the ischium and the pubic bone on the side you're working with? Any comments are appreciated.

Tom McCook
Hi Maggie, Yes each pelvic half includes the ilia, ischia (sitbone) and the pubis on each side. For the image of the wheels, I was referring to the pelvic half as the ilia without labeling all of the points for brevity. Thanks for checking in and all the best!!