See what it is like to have a studio in a quiet neighborhood with this tour of Blossom Leilani Crawford's studio, Bridge Pilates. She shares some words of wisdom for those who are thinking of owning a studio so you can continue to do what you love. She also shows us some of the vintage equipment and props that belonged to her mentor, Kathy Grant.
What You'll Need: No props needed

Bridge Pilates
Blossom L.
Special
30 min
Non Pilates
Special
Watch Next
To show you where all the Pilates Anytime magic happens, Amy Havens wants to give you a tour of our studio. Apr 10, 2013 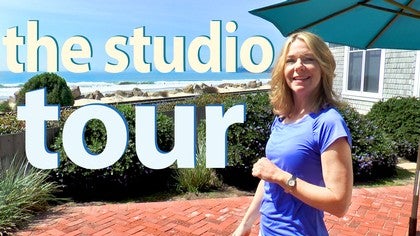 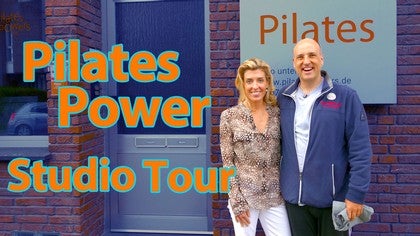 Sarah Edwards at Positive Pilates Solihull
3 people like this.
Beautiful studio - I love how studios reflect their owners! The thought of staying true to what you like to do (and what you are good at) is really important. I'm in the early stages of business and thought I'd like to develop my own website as I'm creative (which I did) but I wasn't ready for all that coding! Likewise, I've hired an accountant, which sounds really grand, but it takes away unnecessary stress and lets me focus on my teaching and personal developmentxx

Tanya E
9 people like this.
I smiled my way through this entire video... Blossom's positive energy is contagious and evident in her space as well as with her clients. Who wouldn't want to do pilates in a warm, friendly, family-feel studio? I'd be there in a heartbeat if I lived closer to NYC!

Lori
1 person likes this.
I just Love Blossom! Her classes on PA are always so much fun. Thanks for another great tour.

Jodi H
5 people like this.
This is such a refreshing perspective in a world of "bigger is better" studios. I can't thank PA and Blossom enough for this viewpoint -- it's inspiring for those of us who happily choose to stay small. And I really appreciate the stories about Kathy Grant. Her ingenuity, creativity and humility shine through. And Blossom's energy is contagious. What a great way to start my day!

Joanne Bezzina
4 people like this.
Thank you for visiting NYC PA these tours have been wonderful. Thank you Blossom for sharing your space with us x

Lynn P
3 people like this.
Blossom I am with you all the way, in that I love to have s small space that works well for me. I do what I love, and what I am not skilled at, you hand over to some one that has that specialty. Taxes, web work etc. This is true for any business as Joan Briebart will confirm. Love your prop closet. Mine has been slowly building.

Jennifer W
2 people like this.
Such a great space Blossom! I hope to visit one of these days!

Jackie H
1 person likes this.
Thanks for sharing😊

Ewa
1 person likes this.
Thank You for sharing

Julia H
2 people like this.
LOVE these studio tours!! Blossom is one of my favourite teachers so really fun to get a tour of her studio.

I am glad Blossom hasn't adapted/changed... (just watched Joan Briebart!) as it's wonderful to still have these small intimate studios that offer top quality work. There is a place for both .... but I'd much rather own or visit Blossom's model!