Learn how to help your clients manage their hyperextension with this tutorial by Cara Reeser. She continues on from her previous tutorial to show how you can control this structural deviation in a loaded position. She includes simple exercises that will help mobilize the ankles, strengthen the knee extensors, and activate the hamstrings.
What You'll Need: Wunda Chair, Towel, Foam Roller 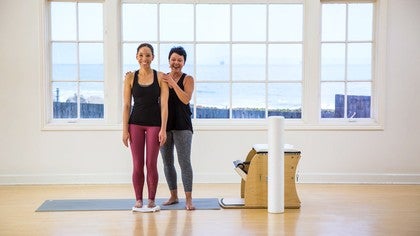 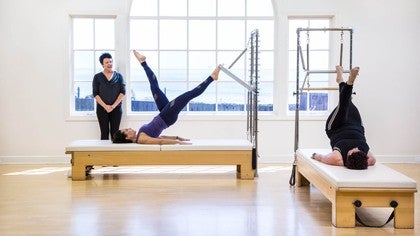 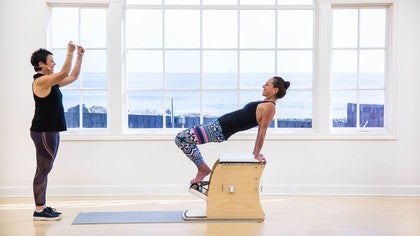 Jill C
2 people like this.
Thanks, Cara, for a wonderful tutorial! Great exercises and cues to help our hyperextenders!

Kim W
1 person likes this.
Awesome!! I see this quite a bit in my dancers, and this tutorial clarified a lot for me. I can keep them safe and strong without taking away that line that's so coveted in their world. Thank you, Cara! See you August!

Sheri P
1 person likes this.
Awesome video! As someone with hyperextension and also a teacher to clients with this "deviation" I can say I LOVE your approach to this topic. Thank you Cara!

Sabrina C
1 person likes this.
This is great! As an instructor I have hyperextension and never focused on correcting and strengthening my knees, until a recent ACL tear! so currently rehabing myself to healthy strong knees! will try some of these tips, thanks!

Symeon K
1 person likes this.
Brilliant tutorial! Thank you so much!

Caroline B
Brilliant instruction as always Cara. Thank you for sharing your knowledge.

Amba Loudon
thank you I love your work. I have a tempermental right knee and when doing the lift over the reformer i felt pain under my left knee :( (I had ligiment damage in ankle over 10 years ago and the standing on the towel was very difficult for me to bend as im very stiff in my right ankle

Jean A
Thanks Cara this was really helpful. Thanks for guiding me to this tutorial when we met recently in London. For me it is always a work in progress with my hyperextended legs and some of these tips really help. Thanks Gia too!
Top Skip to Latest
Showing 1-10 of 14