Learn basic movements that you can do immediately after surgery to help your recovery in this movement lab by Brent Anderson. He goes over protocols that should be used for the first two weeks post-surgery to prepare you for daily activities like showering, bed mobility, and walking. He includes simple movements like Heel Slides, Bridging, and more.
What You'll Need: Mat 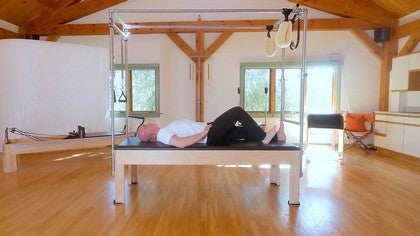 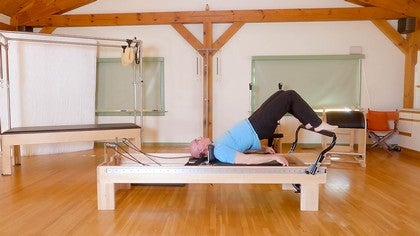 Caroline L
I wonder when the other phases will be available ?

Gia Calhoun
2 people like this.
Caroline L ~ They will keep coming out for the next few weeks. We hope that you find them useful!

Sarah Edwards at Positive Pilates Solihull
Really useful as ever Brent thanks. I love working with clients post hip surgery and hope to become the 'expert' go to....(along with addressing anxiety and psychosomatic issues also) !! Sarah

Linda W
Thank you. I am going into surgery on May 20. This was so helpful as I am a Pilates Teacher nervous if I will get back to being strong again.

Patricia M
Always a lot to learn from him

Siri J
Hello,
I am ten days post op - posterior approach. Can I apply the same exercises here as well?

Brent Anderson
Hi Siri,
I hope all went well with your procedure.  I would ask the physician if he/she have any specific restrictions of movement and for how long.  Posterior approaches often have restrictions in flexion, adduction and internal rotation at least for the first 6 months to prevent dislocation.  the thing now is the surgery and hardware is getting so good that the risk of subluxation is greatly reduced for the posterior approaches.  Follow your physicians protocols and expand into the movement provided it doesn't go directly against the precautions or contraindications.  Good luck.

Kate B
Thank you so much for this . My Mum has just had THR and this is invaluable. x
Top Skip to Latest
Showing 1-10 of 12