The Truth about Abdominal Exercises for Pre and Post Pregnancy: Minimize the uncertainty when it comes to Pre and Postnatal Pilates with this practical workshop taught by returning PA instructor Leah Stewart (a new mother herself).

What really happens to the abdominals during pregnancy? What are the best exercise choices during Pregnancy? What if my client has Diastasis Recti? These and other important questions are addressed in this 10 chapter workshop.

Pregnant women, new mothers, and Pilates professionals are all sure to find this information invaluable to their practice of Pilates.

Watch the videos all at once or chapter by chapter and return to it as often as you like.

To view and print the handout click here: Workshop handout

Go to this Program Playlist
Workshop $99
In Pilates for Men: Bringing Back the Balance, Rael Isacowitz teaches concepts that are needed to teach men. Jul 26, 2013 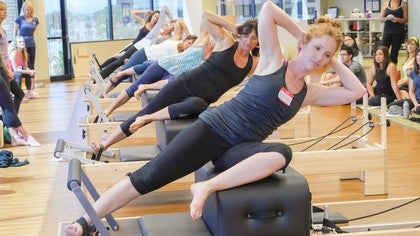 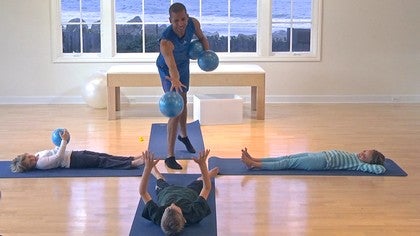 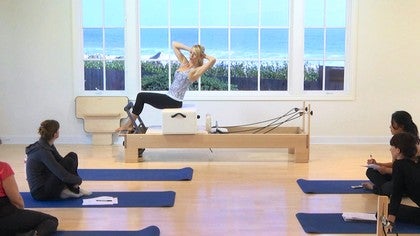 Emilie B.
1 person likes this.
This was a beautiful workshop, full of so much great information. It has helped me immeasurably in progressing my clients through their pregnancies safely and with integrity, along with Leah's other pre and postnatal videos here on Pilates Anytime.
Thank you Leah and Pilates Anytime!!

Leah Stewart
Awww....thank you, Emilie!! I am so very happy to hear that this workshop has helped with your clients! Please let me know if you have any questions.

Petra S
1 person likes this.
What a wonderful workshop, Leah! Thank you for all this valuable information and your charming presentation. Your son is adorable :)) Also a big thank you to you Kristi, for giving us access to such excellent teacher trainers and instructors. At this end of the world (Egypt) Pilates Anytime is priceless!!!!

I am so happy to hear that you enjoyed the workshop! It is information and a population that I am very passionate about, as you know

And always, a big hug and thank you to dear Kristi!! You know I love and adore you to pieces!

Anita H
Hi Leah, great workshop. Thank you :) It has been very informative with some creative modifications which make perfect sense! And by the way, you have an absolutely gorgeous boy! Just like mommy :)

Anita H
1 person likes this.
oh and of course, if it were not for Kristi and her hard work we would not have PA so thank you so much Kristi :)

Thank you for taking the workshop, and I am so happy to hear that you enjoyed it! Thank you for your compliment of little Turner as well. He's a good boy!

And yes, Kristi is the driving force and her encouragement and inspiration is a blessing for all of us.

Jamie K
So glad I finally purchased this workshop. I am really starting to enjoy the pre-post natal Pilates & think I may have to go for one of your workshops Leah.. This is well taught of course but I expected nothing less from Leah! Such great modifications for not only pre and post natal but other clients, with back and osteo conditions... wonderful!!

Thank you so much! So happy to hear that you are beginning to enjoy pre- and post-natal Pilates work - it is truly so diverse and wonderful!