Ed Botha teaches a Mat workout designed to strengthen your upper body and open your chest. He includes great variations to Double Leg Stretch, Semicircle on the Mat, and more. He also adds the Theraband to exercises like Push Ups to increase the intensity.
What You'll Need: Mat, Theraband

Go to this Program Playlist
This Video
Ed Botha teaches a Mat workout designed to strengthen your upper body and open your chest.... Jul 23, 2013 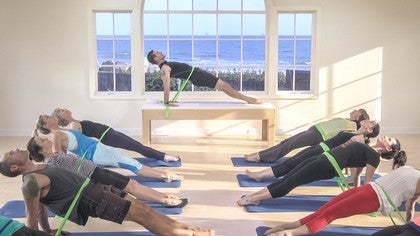 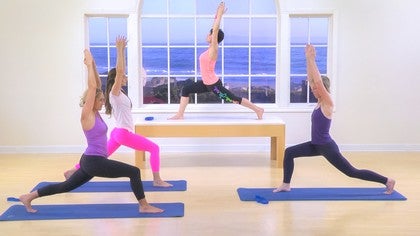 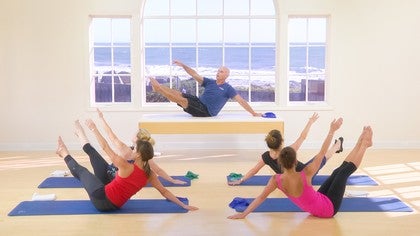 mbrown
6 people like this.
Excellent-excellent and not for the weak of heart! Man, that was proof I still need work on my push-ups!

Susan S
1 person likes this.
Loved the variations on the double leg stretch. Can't wait to try them out on my class tonight!
Thank you for a great class.

Marisa J
2 people like this.
Great class. And yes, the pushups were killer- but loved the variety.

Joni N
2 people like this.
What a delight! I feared that an Ed Botha 2/3 might be "out of my league" and negotiated with myself that I would just continue as long as I felt I was doing careful and conscious work. Happy surprise to find that I felt "cajoled" and guided right through to a satisfying end. Thank you.

Su
3 people like this.
Wow. Rockstar. The whole class was like a single piece of music that flowed and talked. You are a Pilates-composer.

Meredith Rogers
Great class and so good to have you!!

Ed Botha
1 person likes this.
Thanks Meredith. Hope you are well. Hope to see you all soon again..

Kerry
Fantastic! Easy to find where I need more work, but it all feels great!!

Maria B
Amazing class, Ed. Fun variations and your cueing seemed to flow effortlessly and was very easy to follow. One of my favorites!
Top Skip to Latest
Showing 1-10 of 63