Start this Mat workout with Kristi Cooper by setting your intention, and then get ready to move! Much of Kristi's cueing throughout this class brings your focus inward, asking you to find your deep muscle connections and creating more resistance in the movement to further challenge your workout. Explore Single Leg Rolling Like a Ball, Rollover, Side Kicks, Side Planks, Boomerang, Seal, and more.
What You'll Need: Mat

Go to this Program Playlist
This Video
Start this Mat workout with Kristi Cooper by setting your intention, and then get ready to move! Nov 11, 2014 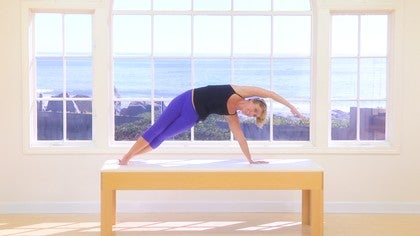 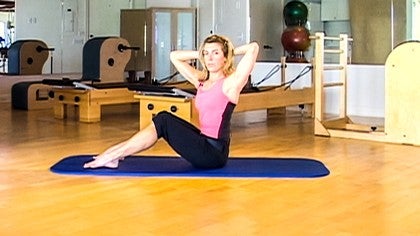 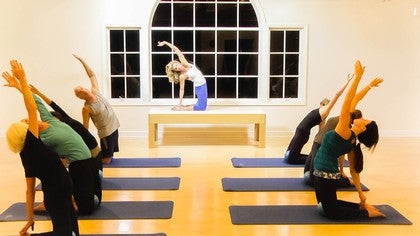 Janja T
1 person likes this.
No decreasing from the start until the end. Great and challenging class - thanks, Kristi!

Michele P
8 people like this.
Your classes are always full of wonderful cues and inventive combinations but it is your enthusiasm, thoughtfulness, and vulnerability that shine through and make your classes so special. Thank you for the inspiration!

Joni N
2 people like this.
Michele has said it so well Kristi. Your heart and spirit is palpably in each class you offer. Thank you.

Sherry B
1 person likes this.
wonderfully challenging class. Like the different variations of some of the exercises. Thank you!

Susan P
2 people like this.
Thank you Kristi! I love the way you teach

tons of ideas and info for a body nerd to ponder.

Chrystelle C
1 person likes this.
Loved your class and the way you teach is so passionate and natural. J adore!

Giana S
1 person likes this.
Really loved this class today Kristi! Especially enjoyed the cues for the side bend which made me do it better, and i loved the very last exercise, i simply loved the thigh strech with rotations and extension!!!!!
Top Skip to Latest
Showing 1-10 of 44