You will feel like you're on stage with this dance-inspired Mat workout with Diane Severino! Her background as a Martha Graham dancer shows with her innovative choreography that flows from one movement to the next. In addition to dancing, she includes plenty of opportunities to work on your waistline, legs, and "attitude," - both the dance movement and your presence!
What You'll Need: Mat 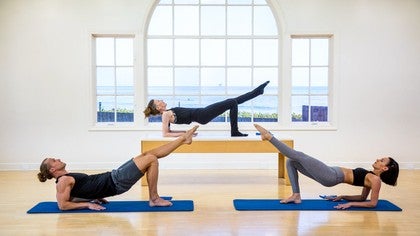 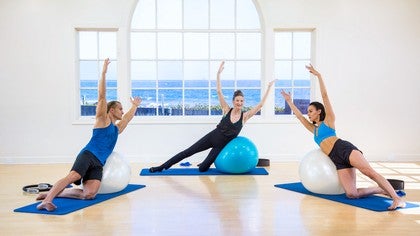 Core Stability Mat
Karen Clippinger
Advanced
55 min
BASI Pilates®
Mat
This Video
You will feel like you're on stage with this dance-inspired Mat workout with Diane Severino! Mar 11, 2015 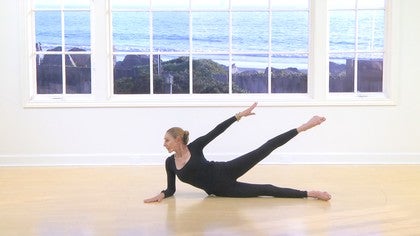 Lynn P
Ah so lovely to move with flow. Reminds me of me modern dance days. Thank you so much Diane. I would kill for your legs!

Mark L
Great if you are a dancer and want a stretch .Not what I thought Pilates is all about.

Sabrina G
I love your personality and it is so catching! You were a perfect way to start my morning!

Sherry B
very creative. I wish I was that limber and loose. It was enjoyable to watch and I did what I could. Thank you.

Sophie E
Absolutely loved the class, absolutely loved Diane. I am a dancer and Pilates teacher. Haven't done Graham technique since I was a dance student, and it reminded me of lots of great things I can incorporate into my classes. Thank you.

Carme F
What a great class! Thank you.

Kristi Cooper
6 people like this.
Indeed, you do take us non dancers on a tight rope walk! One minute we ARE dancers (thank you very much) and the next we're shocked by how much work it takes to be as graceful as you are! To do all that, while offering flashbacks to the Graham dancers on the site and saying things like "scooch your scooch" forward, clearly demonstrates your skill at delivering one of the core messages of Joseph Pilates' writings, which is balancing work, rest and play. Thank you for playing Diane, my body definitely feels alive!
Top Skip to Latest
Showing 1-10 of 31