Feel the burn in this strong Mat workout with Meredith Rogers. She adds Hand Weights to help increase the intensity of certain exercises so you can work your abdominals more. She also invites you to notice what is going on in your body so you can find a lift and suspension, especially during the more challenging exercises.
What You'll Need: Mat, Hand Weights

Go to this Program Playlist
This Video
Feel the burn in this strong Mat workout with Meredith Rogers. May 11, 2015 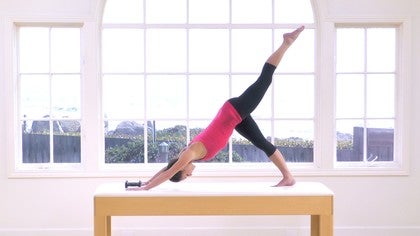 Mat Workout
Meredith Rogers
Delib. Pace
Level 2
45 min
BASI Pilates®
#2151
Watch Next
The focus is on the abdominals and the arms in this Mat workout with Meredith Rogers. Oct 28, 2014 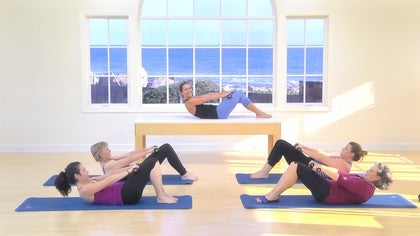 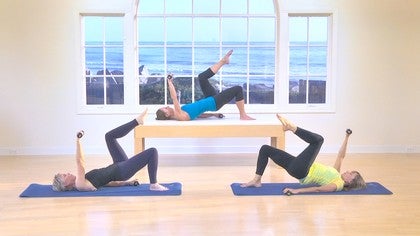 Patrick M
1 person likes this.
Thank you. Your instructions always give me confidence.

Marna P
Am I the only one having problems with this video? Keep getting an Error loading: file could not be played message. I changed it to the Low video quality as was suggested on another video I was having problems with, to no avail. This seems to be happening more frequently. What's going on?

Michelle G
I got an error close to 20 minutes in - completely froze.

Gia Calhoun
1 person likes this.
Michelle and Marna ~ I'm sorry you are both having trouble with this video. I tried this video on both video players, and I didn't have any problems. I recommend restarting your computers/devices to clear away the other processes that are running. If you continue to have trouble after trying this please email us at contact@pilatesanytime.com for more options.

Gina M
1 person likes this.
Love your class! Thank you.

Ruth R
1 person likes this.
A beautiful release of tension across my shoulders and arms from this class! Thank you.

Louise T
1 person likes this.
Wonderful so strong and fluid.A pleasure watching you!
Top Skip to Latest
Showing 1-10 of 38