Use the Parasetter® to learn how to breathe into your back ribs with this Mat workout by Marika Molnar. She uses this tool to help create a three-dimensional feeling throughout the entire ribcage so you can help the diaphragm dome better while you are breathing. She also adds coordination and balance challenges to keep you focused and centered.
What You'll Need: Parasetter®

Parasetter® Set Up
Learn about the Parasetter® in this quick tutorial.

Go to this Program Playlist
This Video
Use the Parasetter® to learn how to breathe into your back ribs with this Mat workout by Marika Molnar. Nov 07, 2016 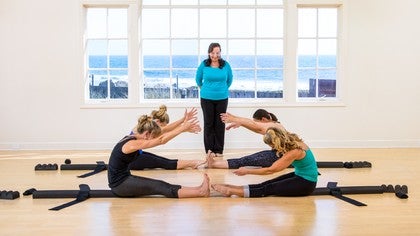 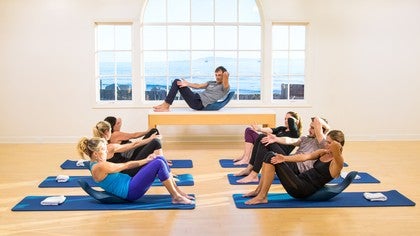 Mat Workout
Daniel Vladeta
Level 2
45 min
Polestar Pilates®
#2562
This Video
In Aston Kinetics, Judith Aston encourages you to become more aware of what is happening in your body so you can learn how to organize it. Oct 03, 2015 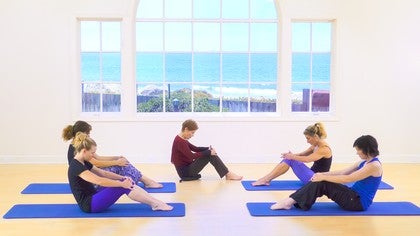 Ashley B
I am SO excited to see Parasetter here. My clients and I use it before and after every workout for warmup and recovery. I'm excited to learn more from Marika Molnar.

Veronika A
1 person likes this.
I can't wait to follow along with this video at home! As a singer I use Parasetter often to help my breathing coordination.

Breige O'Donnell-Smith
I love the Parasetter! The headrest offers great support as it follows the natural curve of the spine, and the rib wrap serves as a great cue when breathing. I appreciate how much thought went into this product with consideration for how the body is designed! The class is a great place to start.

Lesley Powell
2 people like this.
Doris Pasteleur Hall and I have the great fortune to be teaching with the Parasetter at Marika's Westside Dance Physical Therapy.
It has been an invaluable tool for all my clients from professional movers, injuries and my older clients.
What I love the most is getting the nervous system calmer to overcome tension patterns that take away from good function.

Michelle H
I loved the class. The rib wrap for my body is wonderful the material it's made out of warms the body and feels heavenly. I loved the coordination variation.

LOUET I
I have the chance to be teaching with Marika Molnar at the Westside Dance Physical Therapy in NYC. The Parasetter is amazing .

Sarah D. Carrasco
Loved getting to use the Parasetter from the inventor herself! I so wish I had this when I was a young dancer! Thank you Marika & Pilates Anytime for sharing.

Patti Eppolito Kreiner
Love teaching group class on the Parasetter and Minis. Clients love the feed back it gives them they feel more open. They come back wanted more! Thank you Marika!

Anne-Marie S
My first class with the Parasetter!  Loved it! Looking forward to more classes.  Thank you:)
Top Skip to Latest
Showing 1-10 of 13