Find a different take on the exercises you already know in this Reformer/Tower workout with Kristi Cooper and Meredith Rogers. They teach a feel-good class that integrates both the Reformer and the Tower so you can play and feel each movement in a new way. They also encourage you to breathe and move throughout the class to make sure you can let go and have fun!
What You'll Need: Reformer w/Tower (No Box)

Go to this Program Playlist
This Video
Find a different take on the exercises you already know in this Reformer/Tower workout with Kristi Cooper and Meredith Rogers. Nov 15, 2016 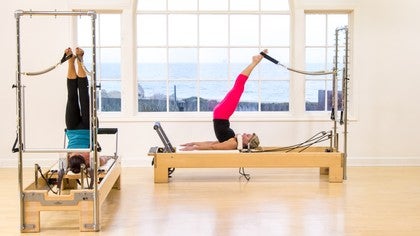 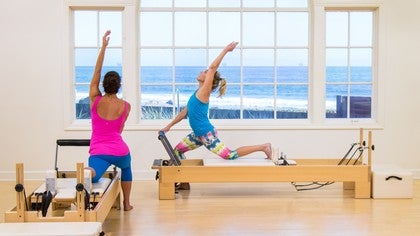 Reformer Workout
Kristi Cooper
Mod. Pace
Level 2
45 min
BASI Pilates®
#2659
"You can do three of anything," is the theme for this Reformer workout with Meredith Rogers! Apr 16, 2016 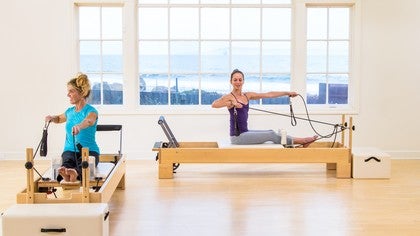 Rachel P
4 people like this.
Super fun! I've been waiting for the next girl time class - they are always a treat!

Jennifer A
3 people like this.
That was great ladies!

Erin W
3 people like this.
So fun taking class from you both! Thanks! Love the integrated tower/reformer.

Camilla B
3 people like this.
Ive been waiting for a class from you guys as been missing you!!! Great class as ever!

Lissa D
4 people like this.
Loved the energy from the "dynamic duo"! Will be incorporating some of this with my client tomorrow. Thanks ladies, you're awesome!!

Amy Lee P
2 people like this.
Fun creative quickie...just what I needed on my busy day! Thanks:)

Connie M
2 people like this.
Oh gosh that was awesome! I just love these combo classes. please do more! If I don't see you ladies here before Thanksgiving, please have a great one! I am so thankful for Pilates anytime and wonderful instructors like the 2 of you!

Leelee
1 person likes this.
I have to admit, I love this one ❤️️❤️️❤️️

Brenda C
1 person likes this.
Oh boy. Tried to delete that comment it was illegible! But I really loved the class you two are a comedy team
Top Skip to Latest
Showing 1-10 of 56