What comes after pre-Pilates but before a full basic Mat class? If you are new to Pilates, then this foundational Mat workout by Kathryn Ross-Nash is perfect for you. She works on breaking down the exercises so you can build them up as you progress. She also informs you of the purpose of each exercise because this will remain the same, no matter what level you are.
What You'll Need: Mat 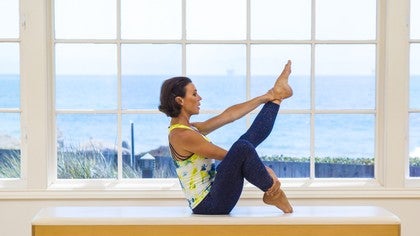 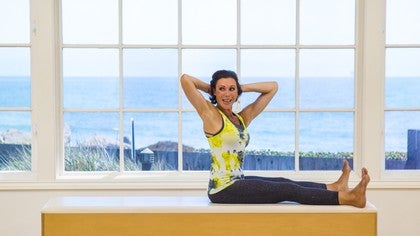 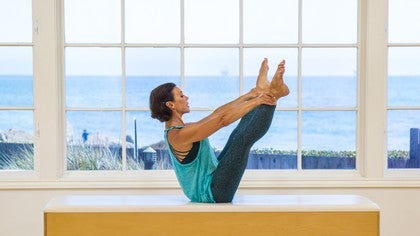 Cheryl B
15 people like this.
Outstanding! I'd love to see a series with Kathryn breaking down all the Pilates exercises.

Annie P
1 person likes this.
That was great! Teaser was Stomach Massage- first time making that connection! Thank you.

Kathryn Ross-Nash
22 people like this.
I am so thrilled! This is why I wrote the Red Thread of the Mat and continue to write the books- I feel these are the lost exercises that connect the pre-pilates to the work as we know it as well as eventually using the work to build to the more advanced exercises. The Purpose and knowing the purpose is so very important! there will be more levels of this class to come- each getting a touch more difficult and faster so you can build your workout as your work builds and strengthens. THANK YOU!!!! I appreciate your taking the time to write!

Barbara W
1 person likes this.
I have a new starters class tonight Thank you for taking me back to basics - will def help me

Rachel
1 person likes this.
Great , thank you! Looking forward to your workshops at the PAA conference! :)

Mel S
2 people like this.
THANK YOU so SO much Kathryn,
\This was AWESOME!

Avishag H
1 person likes this.
You made me work! WOW! The breakdowns were incredible. Absolutely great. Oh, and I love your new haircut. :))

Lisa L
1 person likes this.
Amazing! Love this for my beginners! So clear, thank you.

Joan Breibart
1 person likes this.
sorry-- the breathing on Hundred is wrong-- Joe would have corrected it if he were here now. LONGER exhalation or no benefit.
Top Skip to Latest
Showing 1-10 of 119