Work on movements that are functional for dancers in this Reformer workout with Viktor Uygan. He focuses on coordination and control so that you can work on subtle details that will make a big difference to a dancer. He includes exercises to strengthen the articulation of the feet, improve Port de Bras in the arms, and much more!
What You'll Need: Reformer (No Box), Jump Board

Prepare for your First Dance
Learn information that will help you understand how you should approach a dancer.

First Dance on the Reformer
Focus on finding connections to the whole body in movements that are practical for dancers.

Pilates for Dancers - Playlist 7: First Dance on the Reformer 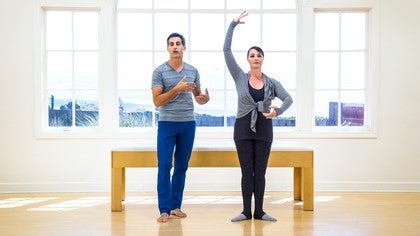 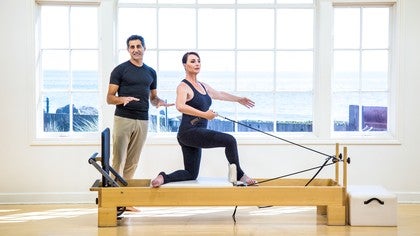 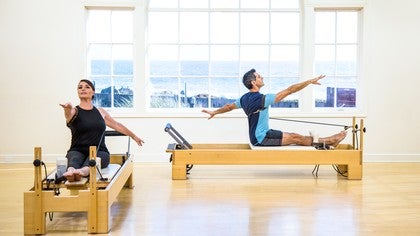 E.A.
3 people like this.
So beautiful, graceful and powerful! Thank you for this lovely class.

Viktor Uygan
2 people like this.
Thank you E.A. We had a great time filming the class :)

Viktor Uygan
2 people like this.
You welcome Esmeralda It was our pleasure :)

Patty Hafen
3 people like this.
This is an exceptional class. Really fantastic. Thank you Viktor.

Viktor Uygan
1 person likes this.
So Happy you enjoyed the class Patty Hafen

Whitney V
2 people like this.
Really enjoyed this class and I'm not a dancer!

Anne-Marie S
2 people like this.
Beautiful class! Especially loved the leg series and the placement of the strap. Thank you for making me feel like a dancer:)

Viktor Uygan
3 people like this.
Hi Anne-Marie Happy you like the strap adjustment that emphasizes the external or internal rotation of the legs during feet work on straps....... and remember we are all dancers! sometimes we just need to be reminded :)
Top Skip to Latest
Showing 1-10 of 46