You will feel so strong after this Mat workout with Mariska Breland. She works on the hollow body position, commonly seen in gymnastics, so you can feel strength from the inside out. In addition to the creative exercises she teaches, she includes many Plank variations so you can work on this concept in different positions.
What You'll Need: Mat 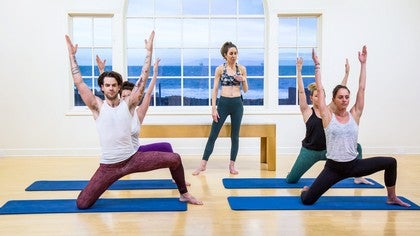 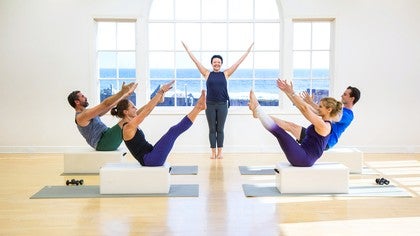 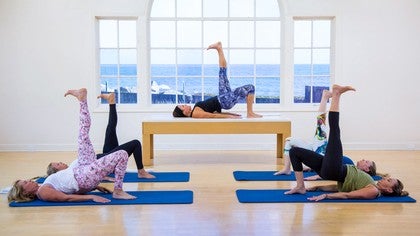 Lauren A
1 person likes this.
Yay!!! Another Mariska mat class!! Thank you for a creative and challenging workout

Michele M
1 person likes this.
Mariska! So much LIKE!!! Love the side plank leg circles, and the side lunge into the lateral stretch. OOooh! Can't wait to integrate these into classes! Thank you!

Laurie C
1 person likes this.
So happy to see you back, Mariska! This class can be deceiving. By the look of it...looks no problem. But when actually doing it, it is very challenging! Loved it and all different variations of the exercises! Thank you!!!

Do you ever incorporate the foam roller into your class? If so, would love to see it.

Tracy T
1 person likes this.
You know how happy I am with you and Abe in the same room!!! I feel great this morning after taking your class last night Mariska!!! Thank you!! And nice 🐓 arm movement!! 😘😘

John B
1 person likes this.
I am tired but opened after this one. Thanks.

Sofia A
2 people like this.
amazing class!! can't wait to do again. thanks!!

John B
1 person likes this.
Update to my comment last night : I have not been sore from a Pilates workout in a long time. This was really a great one !
Top Skip to Latest
Showing 1-10 of 79