Your lower body will definitely be challenged in this Wunda Chair workout by Amy Havens. She uses minimal spring changes to keep you moving from one exercise to the next. She also includes fun transitions to test your balance and control.
What You'll Need: Wunda Chair

Jump Board Flow
Work on finding the power of your jump with this Reformer workout. 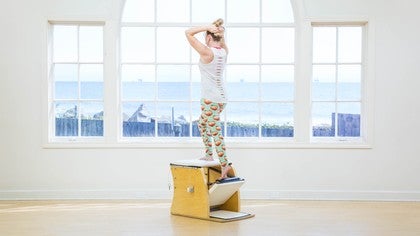 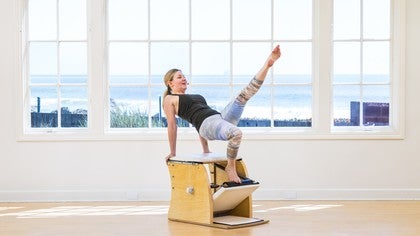 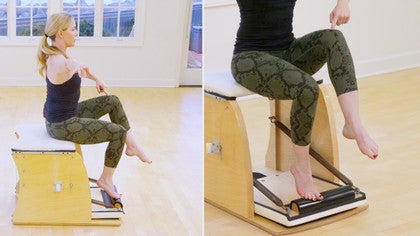 Lori M
1 person likes this.
Holy Moly, Amy!. Baby Got Back. That was so much fun and I'm super sweaty. Thanks!

Summer T
1 person likes this.
Haven't done this class yet, Amy, but it looks like you wore the PERFECT tights

Rachel P
1 person likes this.
I really like the transitions in this class. Good lower body and core work

Denee D
1 person likes this.
Cant wait to do this class!

Jen M
1 person likes this.
Umm, where do I get those leggings? ❤️🍑

Becky C
1 person likes this.
Great class. Thank you. I have struggled with side step up forever and had much more success today!

Amy Havens
1 person likes this.
Thank you Lori M , Summer Rachel , Denee Jen , Luda and Becky! Glad you're all enjoying this class! Jen -- pants are from GearBunch. And Becky -- so glad that side step up went better for you this time....keep practicing!!

Connie M
1 person likes this.
That was a great Amy!

I love the static lunges with 1 foot on the pedal and 1 foot on the floor where you really didn’t push the pedal down it was the bending of the other knee. That was awesome ! everything was awesome! And yes I agree with sandy....holy glutes!
Love your classes!
Top Skip to Latest
Showing 1-10 of 38